The world stopped as everyone and their mother in Big Media (of both the “liberal” and “conservative” varieties) pounced upon Roseanne Barr last week for a sophomoric tweet in which she identified Valerie Jarrett, former senior adviser to Barack Obama, as the offspring of the Muslim Brotherhood and The Planet of the Apes.

Because Jarrett is partially black (this was news to some of us), Roseanne’s critics pulverized her for her “racist” and “hateful” tweet, exiling her from Respectable Society, while ABC cancelled her show.  The usual suspects on the left seized upon Roseanne’s tweet as proof that the rise of Donald Trump has “normalized” racism.

As evidenced by, most recently, its treatment of Roseanne’s tweet, the Racism-Industrial-Complex (RIC) is tireless in its efforts to fortify the matrix that it has spent decades constructing.  It is a parallel universe to the one that most of us inhabit, a mirror image, a false reality.

In RIC’s matrix, every white person, however troubled or disadvantaged, reaps the immeasurable benefits of what it calls “White Privilege.” At the same time, every black person, however materially, professionally, and socially advantaged, suffers daily the bitter stings of “White Racism.”

Blacks are perpetual victims while whites, even the most well-intentioned, are racist oppressors. 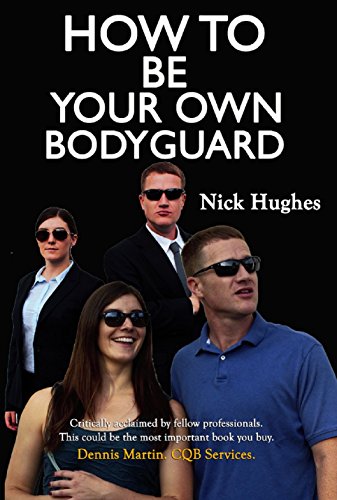 How To Be Your Own Bod…
Nick Hughes
Check Amazon for Pricing.

The racial reality, though, is dramatically otherwise.  Because of its sheer ugliness—it is often horrifying—many prefer to hide their eyes from it.  Yet it is also fear of coming under fire by RIC operators that self-styled “anti-racists” would prefer to condemn a 60s-something year-old white woman who everyone else is…