Victorian ailments including rickets and tuberculosis have been detected in the wealthy London borough hit by the Grenfell fire, according to a damning report on extreme wealth and poverty in the area. Labour’s Emma Dent Coad says it’s a “scandal that brings shame on our society.”

Compiled by Kensington and Chelsea MP Dent Coad, the ‘After Grenfell’ report details how, in one of the country’s richest areas, multiple children have been hospitalized with hypocalcemic shock caused by a lack of calcium. It also found that adults have been diagnosed with TB and one child was diagnosed with rickets, which is caused by malnutrition, according to the Huffington Post.

Across the borough, life expectancy is the highest in the country, but the age at which people die varies dramatically depending on where they live. In parts of Knightsbridge, near Harrods, a man can expect to live to 94. In a poorer part of the borough, near Grenfell, the average life expectancy for a man is 72 – a figure that has dropped by six years since 2010, the report notes. 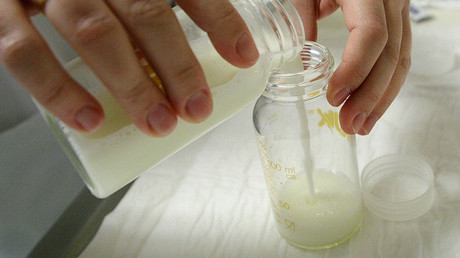 “Kensington and Chelsea, where I was born and bred, is a microcosm of everything that has gone wrong in our country in the past few years,” Dent Coad wrote in the report. “It is a place where inequality has become a gross spectacle. Where childhood poverty, overcrowding and homelessness live cheek by jowl with opulent second homes, palatial apartments for the mega-rich, and vast outflows of rent to corporate landlords.”

Dent Coad added that the “entirely preventable atrocity” at Grenfell Tower has revealed the extent of inequality in Kensington and Chelsea, and “the years of poor political decision-making and financial mismanagement.”

The MP, who took her seat just four days before the fire, has vowed to make fighting for better low-cost housing in the constituency her “Grenfell legacy.” As the police and public inquiry into the tragedy begins preliminary investigations, Dent Coad noted: “Whatever the public inquiry and criminal investigation finally reveal … most of us know that the underlying story is the lack of investment in social housing.”

Meanwhile, it has been revealed that Kensington Tories have sent a questionnaire to voters in the borough to see if they still cared about the Grenfell tragedy. According to Guido Fawkes, the survey asked “how important” the tragedy is to voters on a scale of nought to 10 – “0 – not important at all, 10 – very important.”

In the poll for residents, Kensington Conservatives had listed the Grenfell Tower tragedy amongst other local issues such as ‘recycling,’ ‘rubbish collection’ and ‘street cleaning.’
It has been just five months since the catastrophic fire at Grenfell Tower claimed the lives of approximately 80 people.