Now that everyone realizes that Trumpism is not just a passing fad but a clear and present danger to the D.C. Criminal Cartel, it’s time to examine just who the rank and file Trumpsters are.  What’s the common bond that unites them?  Taxes?  Healthcare?  Financial regulation?

I thought about this question as I was rereading Amity Shlaes’ landmark book, The Forgotten Man.  In it, she quotes Yale philosopher William Graham Sumner, who, in his essay by the same name clear back in 1883, explained the crux of the moral problem with progressivism as follows:

“As soon as A observes something which seems to him to be wrong, from which X is suffering, A talks it over with B, and A and B then propose to get a law passed to remedy the evil and help X.  Their law always proposes to determine … what A, B, and C shall do for X.”

Shlaes goes on to add:  “But what about C?  There was nothing wrong with A and B helping X.  What was wrong was the law, and the indenturing of C to the cause.  C was the forgotten man, the man who paid, ‘the man who never is thought of.’”

In other words, C is the guy who isn’t bothering anyone but is forced to supply the funds to help the X’s of the world, those whom power holders have unilaterally decided have been treated unfairly and must be compensated. 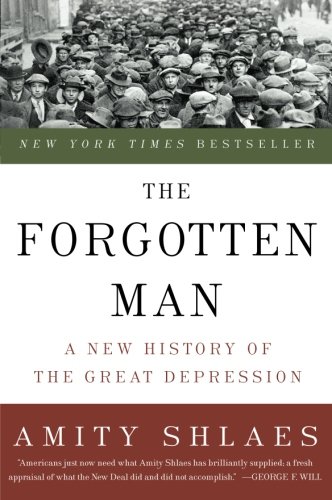 But in 1933, along came FDR who did a switcheroo on Sumner’s point by removing the moniker of “the forgotten man” from C and arbitrarily giving it to X — “the poor man, the old man, the laborer, or any other recipient of government help.”  It was politically quite clever, to be sure.