The popular new documentary Three Identical Strangers recounts the famous story of the New York triplets who were secretly separated as infants due to (spoiler alert) an arrogant Freudian experiment intended to prove the power of nurture over nature. But as 19-year-olds, they found one another during a few joyous days in 1980 when each first learned that he had two identical brothers.

The likable lads, brawny, extroverted Syracuse U. frat-boy types dressed in Saturday Night Fever fashions, became a brief media sensation as their similarities in mannerism, despite not having known of one another’s existence until a few weeks earlier, and obvious delight in each other’s company charmed talk-show audiences.

These days, we are lectured that diversity is our strength and that it is hateful to prefer to associate more with people genetically similar to us. But the documentary’s recounting of the triplets’ reunion suggests that it would be a blast to discover you have a genetically identical twin (or, in this case, two).

The triplets eventually moved into a swinging bachelor pad in Manhattan. A decade later they started a steak house called, unsurprisingly, Triplets, where the three owners led dining-room sing-alongs. But after a lucrative first year, the stresses of the restaurant business started to drive wedges between the once-inseparable trio and they were headed for different fates. 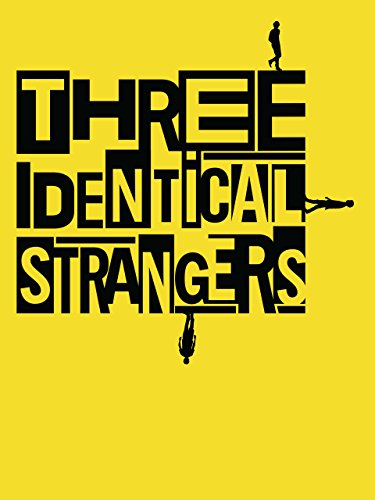 Is Three Identical Strangers, currently playing in 332 theaters across the country, an interesting and entertaining documentary?

Of course it is.