“It is becoming more obvious with each passing day that the men and the movement that broke Lyndon Johnson’s authority in 1968 are out to break Richard Nixon,” wrote David Broder on Oct. 8, 1969.

“The likelihood is great that they will succeed again.”

A columnist for The Washington Post, Broder was no fan of Nixon.

His prediction, however, proved wrong. Nixon, with his “Silent Majority” address rallied the nation and rocked the establishment. He went on to win a 49-state victory in 1972, after which his stumbles opened the door to the establishment’s revenge.

Yet, Broder’s analysis was spot on. And, today, another deep state conspiracy, to break another presidency, is underway. 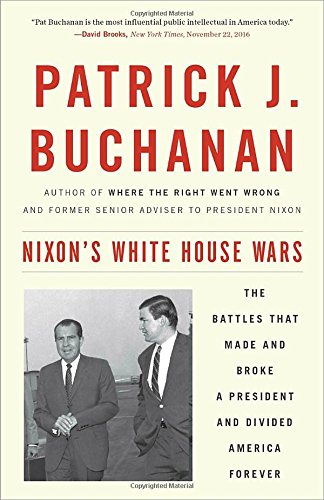 Consider. To cut through the Russophobia rampant here, Trump decided to make a direct phone call to Vladimir Putin. And in that call, Trump, like Angela Merkel, congratulated Putin on his re-election victory.

Instantly, the briefing paper for the president’s call was leaked to the Post. In bold letters it read, “DO NOT CONGRATULATE.”

How could Trump congratulate Putin, whose election was a sham? Why did he not charge Putin with the Salisbury poisoning? Why did Trump not denounce Putin for interfering with “our democracy”?

Amazing. A disloyal White House staffer betrays his trust and leaks a confidential paper to sabotage the foreign policy of a duly elected president, and he is celebrated in this capital city.

If you wish to see the deep state at work, this is it: anti-Trump journalists using First Amendment immunities to collude with and cover up the identities of bureaucratic snakes out to damage or destroy…