While many in the United States firmly believe that the government just isn’t working, it is.  But it’s only working for the powerful and rich elites in the government and the media who have a desire to cling to their oppressive control of others and the money many are willing to allow them to steal.

The fight has never been between the republicans and the democrats.  As Americans choose sides, their rights and freedoms are sold to the highest bidder. According to Intellectual Takeout, the fight is between “us” and the deep state; not those on the right and those on the left.  More and more often we are seeing bureaucrats, lobbyists, and elected officials of both parties circle the wagons in an effort to prevent any true reforms of the government. They constantly write laws they exclude themselves from,  come up with inventive ways to tax us to our breaking point and destroy the healthcare system.  And this is all by design.

According to Joost Meerloo in his seminal book The Rape of the Mind, the author discusses the psychology of brainwashing that’s allowing every American to succumb to tyranny right before their eyes and not only not realize it, but beg for more oppression.  “The burning psychological question is whether man will eventually master his institutions so that these will serve him and not rule him,” said Meerloo in his discussion of the Deep State or the “administrative machine” published in 1956. 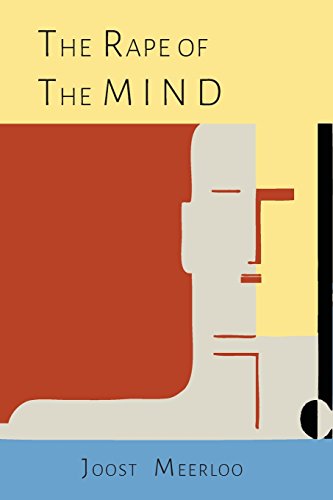 Meerlo describes the rise of the deep state as:

“… The development of a kind of bureaucratic absolutism is not limited, however, to totalitarian countries. A mild form of professional absolutism is…