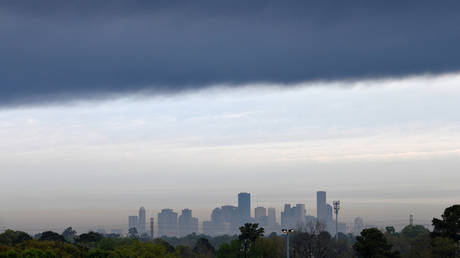 After downplaying the health and environmental hazards of the massive Deer Park chemical tank fire for nearly a week, the Texas government has sued the facility’s operator for air pollution and ecological damage.

Locals living in the greater Houston area were advised to shelter in place for days, as emergency crews tried to contain the Intercontinental Terminals Company (ITC) tank blaze, which erupted in Deer Park last Sunday and lasted all the way through Thursday – before reigniting again on Friday afternoon.

While residents anxiously waited for authorities to take care of the hazardous fumes, local health and emergency officials kept on reassuring the public that the emergency did not pose any danger to their health or to the environment, even though the blaze destroyed at least 11 above-ground fuel storage tanks.

“There continues to be a low health risk for the general public,” Harris County Public Health continued to insist on Friday, as black clouds of fume from the reignited fire covered large parts of Harris County.

Rejecting public concerns that the ITC fire resulted in leaks of benzene, authorities continue to insist that the local water system has not been contaminated. “The tests revealed no evidence of benzene in the water,” Nicholas Cook, Surface Water Treatment Plant Supervisor, told local news, noting that levels of cancer-causing trihalomethanes showed readings within an acceptable range.

Following a massive outcry from the local community over ITC’s questionable environmental practices and their inability to properly manage the fuel storage facility, the government of Texas has decided on Friday to sue the company for environmental damages.

“The state of Texas ..will hold ITC accountable for the damage it has done to our environment,” Attorney General Ken Paxton said in a statement. “ITC has a history of environmental violations, and this latest incident is especially disturbing and frightening.”

Also on rt.com
Tank with carcinogenic chemical goes up in flames in Texas, residents urged to shut vents (VIDEO)


“Finally, the Texas government is acting with real force to hold a polluter accountable rather than slapping it on the wrist or looking away entirely,” said Environment Texas Director Luke Metzger, as Gov. Greg Abbott vowed to “punish” the polluters.