Smoking pot during your teenage years is being directly linked to the development of bipolar disorder symptoms in later life, a new study suggests. The research looked at the implications of using cannabis at age 17.

The study, by the University of Warwick, found that adolescents smoking cannabis two to three times a week at the age of 17 have an increased chance of developing hypomania in their early twenties.

Cannabis was found to be an independent risk factor for future hypomania, which gives people periods of elated moods, over-active and excitable behaviour, as well as reduced sleep. All symptoms are commonly experienced as part of bipolar disorder.

Lead author Dr Steven Marwaha, from Warwick Medical School, said: “Cannabis use in young people is common and associated with psychiatric disorders. However, the prospective link between cannabis use and bipolar disorder symptoms has rarely been investigated.

“Adolescent cannabis use may be an independent risk factor for future hypomania, and the nature of the association suggests a potential causal link,” Marwaha added. 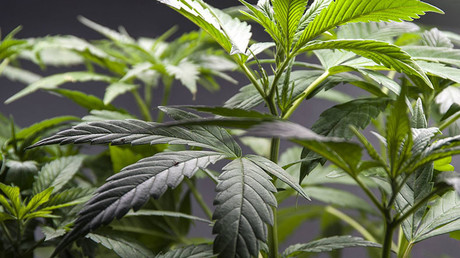 He suggested the findings should be considered part of the prevention schemes aimed at minimizing the risk of young people developing bipolar disorders.

“As such it might be a useful target for indicated prevention of hypomania,” the researcher said.

The research, published in the Schizophrenia Bulletin, analysed 3,370 participants from a previous study. They were asked whether they had used cannabis at the age of 17 and, if so, how often over a 12-month period.

A questionnaire then tested them on their maniacal symptoms, including thoughts, emotions and behavior while under the effect of the drug.

Marijuana is the most commonly consumed drug in the UK, with 6.5 percent of people aged 16-59 taking the drug in the past year. That accounts for around 2.1 million people.