Tech companies are spending big in the nation’s capital, trying to exert influence on a wide array of policies. Google, Amazon, Facebook and others aren’t just trying to woo lawmakers on internet regulations, but also drones, cars, intelligence and more.

“It seems as though the internet companies have decided to really invest more in Washington,” Viveca Novak, editorial and communications director for the Center for Responsive Politics, told The Hill. “Only more recently have internet companies realized policies in Washington are extremely important to them and they need to play the same game that many other corporations do to be heard.”

Google, under parent company Alphabet Inc., was the 11th biggest lobbying client on Capitol Hill between January and the end of June 2016, spending $8 million, while Amazon finished 20th on the Center for Responsive Politics’ list of top spenders in the first half of this year with $5.8 million spent on Washington advocacy. The US Chamber of Commerce ranked first, spending $52.3 million.

Alphabet is on pace to spend just less than the $16.7 million it spent on lobbying for all of 2015, but far less than the $18.2 million Google spent in 2011. Although it was the top internet company in tech lobbying, Alphabet  came in second among its telecom rivals, with AT&T snagging the top spot for that part of the technology industry, spending $8.6 million, making it the 8th biggest spender in Washington.

“We think it is important to be part of that discussion and to help policymakers understand our business and the work we do to keep the internet open and to encourage economic opportunity,” a Google spokesperson said in a statement.

Alphabet is also a top contributor to 31 members of Congress, meaning that it ranks in the top 100 for most contributions to those lawmakers. However, it falls well short of the 341 politicians for whom AT&T serves as a top contributor. Alphabet is the top lobbyist for certain corporate issues as well, including copyright, patents and trademarks; labor and antitrust; consumer product safety; and science and technology. Homeland security; radio and television broadcasting; law enforcement and crime; and the automotive industry were among other issues the company was interested in.

Amazon doesn’t have nearly the telecommunications interests that Alphabet does, but the online retailer lobbied for similar topics, including computers and information technology; copyright, patents and trademarks; intelligence; and immigration. It was also a force in the Federal Aviation Administration’s new drone regulations, with an eye towards drone deliveries in the future. With its $5.8 million spent on lobbying in the first part of 2016, Amazon is on pace to outspend its previous high of $9.4 million in 2015.

“Like a lot of businesses, Amazon has a presence in Washington and we focus on issues that matter to us,” former White House press secretary Jay Carney, now an Amazon executive, told the Washington Post in February.

The company has ties, albeit tenuous ones, to another former big player in government circles: On Tuesday, retired House Speaker John Boehner (R-Ohio) joined lobbying firm Squire Patton Boggs as a “strategic advisor to clients in the US and abroad.” Although the firm represents Amazon, Boehner will likely focus on the People’s Republic of China, another client, rather than the online retailer. 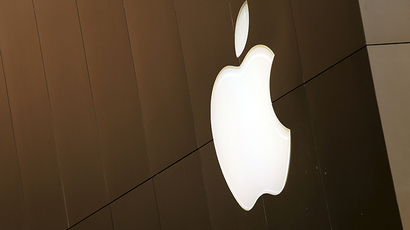 Amazon’s expanding presence in the District is noticeable in other ways, too. In August 2013, founder and CEO Jeff Bezos bought the Washington Post for $250 million in cash. The company is also likely to open a brick-and-mortar store in the nation’s capital, based on its Friday announcement that it “will be required to collect sales tax in Washington, DC beginning on October 1.”

While Facebook didn’t crack the top 20 in top lobbyists in the first half of the year, it spent just under $5 million. Like Amazon, the social media site is also on pace to outspend its 2015 record of $9.9 million, which is unusual because lobbying money is down overall so far in 2016, according to The Hill. Facebook’s top issues are homeland security; intelligence; computers and information technology; copyright, patents and trademarks; and taxes.

It’s not just in the US that internet companies are bulking up on lobbying, however. Google also spent big on lobbying in the European Union, according to filings with the EU’s Transparency Register. In 2015, Google spent between 4.25 and 4.5 million euros in trying to sway EU officials and MPs, a 15 to 20 percent increase in its lobbying budget over 2014, according to Reuters. Facebook spent far less ‒ between 700,000 and 800,000 euros ‒ but is looking to expand its small lobbying team, which has already doubled in size. Amazon spent between 1.5 million and 1.75 million euros last year.

“European politicians have many questions for Google and about the internet. We’re working hard to answer those questions, helping policymakers understand our business and the opportunity for European businesses to grow online,” a company spokesman told Reuters.

By 2017, lobbyists will be required to register with the EU, similar to what they must already do in Washington.