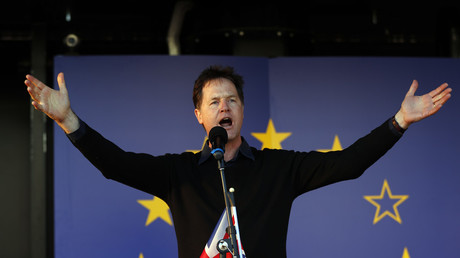 Facebook has hired the former UK deputy prime minister, Nick Clegg, as its head of global affairs and communications, as the company faces increased pressure over the handling of data and fake news on its platform.

Clegg, who has spent much of his post-parliamentary career campaigning against Brexit, will now move to Silicon Valley, California, replacing Elliot Schrage, who in June announced that he was leaving the company.

The tech giant has recently been reacting to governmental pressure over ‘fake news’ published on its platform, banning a multitude of accounts and pages in response.

The move came as a shock to much of the British political commentariat.

Clegg was a divisive figure while in coalition government with David Cameron’s Tories, reneging on a host of Liberal Democrat manifesto pledges while in office.

The tech giant was possibly attracted to Clegg less for his time in UK office and more for his tenure as European Trade Commissioner. The Financial Times speculated that Facebook could seek to use his Brussels connections to navigate potential legal troubles brought about by the EU’s General Data Protection Regulation.

The company has been riven with financial uncertainty. Its share price has dropped 27 percent since July, and the company has been rocked by the departure of senior executives since then. Instagram co-founders Kevin Systrom and Mike Krieger jumped ship in September over a dispute with Zuckerberg about the future of the platform. WhatsApp co-founder Jan Koum left Facebook in April, clashing with Zuckerberg over data privacy, advertising and encryption. Facebook owns both Instagram and WhatsApp.