Eleven cities across the US have partnered with 13 organizations to push for community control over police surveillance, seeking to restrict or ban the use of snooping technology. The initiative was endorsed by NSA whistleblower Edward Snowden. 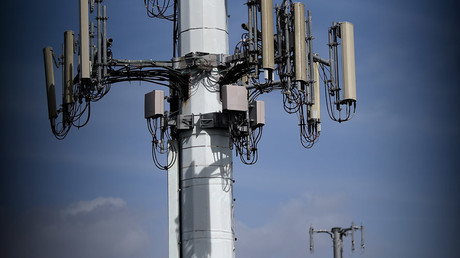 The ACLU described the participating cities as “geographically and politically diverse” but united around the idea that the use of surveillance should be decided on by the communities.

“Ultimately, it is our hope that throughout our nation’s cities, the people, not the police, will be empowered to #TakeCTRL over if and how local surveillance technologies are used and to ensure that under no circumstances are they allowed to violate the civil rights and liberties that are guaranteed to us all,” the ACLU said in a statement, using the campaign’s hashtag.

Snowden tweeted his support of the initiative Thursday.

Local laws proposed under the initiative would give the elected representatives, not the police, the authority to decide whether to fund the purchase and use of surveillance equipment, such as the infamous “Stingray” cell-phone simulators. Local authorities are often unaware that the police are using surveillance technology, as the programs are carried out secretly and without warrants.

According to ACLU records, 66 state and federal agencies are known to have used Stingrays and other cell-site simulators, in addition to “dozens” of state and local police departments.

“Democracy, freedom, privacy, and equality are all sacred American principles. Surveillance is not,” Marlow added.