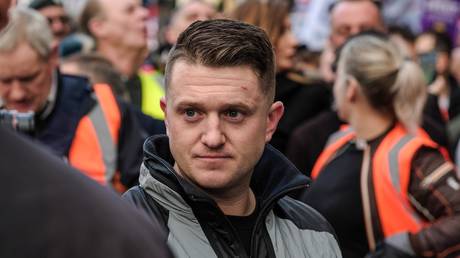 The bullied Syrian refugee schoolboy who was filmed being attacked in a playground in Huddersfield is to sue Facebook over claims, made by former EDL leader Tommy Robinson, that he had attacked English girls.

Solicitors acting on behalf of the 16-year-old Syrian refugee, known only as Jamal, said that social media giant had given “special status” to Robinson to promote false and defamatory lies about the schoolboy.


Tasnime Akunjee, of Farooq Bajwa and Co solicitors in London, said Facebook were “fully aware of the reckless and pernicious nature” of Robinson’s posts. They claim Facebook had given Robinson “special treatment” by making “editorial decisions” about his posts. Therefore, they “became responsible and are in partnership with him.”

It emerged last year that prominent far-right activists on social media such as Robinson are protected from the normal rules of moderation. For violations that would usually see a page removed, Facebook does not act as “they generate a lot of revenue,” the Guardian reports.

Footage of the Syrian refugee being attacked went viral. It showed a fellow schoolboy walking up to the victim, who had one arm in a plaster cast, shouting racial slurs at him, before grabbing him by the neck and sending him to the ground. The bully then pours water over his face as he keeps him pinned down by his neck while shouting “I’ll drown you.”

The incident received widespread condemnation, including from many UK parliamentarians and even Prime Minister Theresa May.

Just hours after the footage was made public, Robinson, real-name Stephen Yaxley-Lennon, made claims on Facebook about Jamal assaulting three girls and a boy, insisting he was not “innocent.”

The controversial activist posted a screenshot of a message from a mother who claimed her daughter had been bullied, on his Facebook page. However, the mother later insisted on Robinson’s page that Jamal was not the individual who had allegedly attacked her daughter.

Jamal’s solicitor wrote to Robinson informing him that legal action would be pursued against him due to “a number of false and defamatory allegations” made against his client.

On receipt of the letter, Robinson conceded that the claims were untrue, saying that he had been duped. In a Facebook video, he told his followers: “I have been completely had, how embarrassing, man.”