In normal times or times of trouble, New Year’s Eve is a time where many break out the Smoky Mountain Moonshine and end up regretting it the next morning. For you teetotalers, a hangover is a group of symptoms that occur in many people after a night of drinking. Hangovers vary in appearance and severity, but one thing is sure: You’d rather not have one.

A study in college students found that and 29% reported (not to their parents, though) losing school time for hangover recovery. Close to 10% of American workers report having gone to work with a hangover; Lost work days run in the millions.

Despite thousands of years of people having hangovers from drinking too much alcohol, the process which causes the condition isn’t very well understood.  Dehydration, sleep disturbances, lack of food intake, low blood sugar, the presence of certain by-products of alcohol in the body and other factors are likely involved.

Why are the most advertised Gold and Silver coins NOT the best way to invest?

Substances known as “congeners” found in alcoholic beverages may play a role; one of these, methanol, is metabolized to toxic chemicals like formaldehyde and formic acid. Other congeners, like acetaldehyde, are much more toxic than the alcohol itself, acting like an “anti-antioxidant”.

Each person’s hangover is a little different, but you can expect to see some of the following symptoms:

Symptoms begin when the alcohol level has dropped down to zero, usually the morning after a bender. They can last several hours, or in the worst cases, a couple of days.

Doctors actually don’t spend a lot of time researching hangover remedies, simply because they consider hangovers as effective deterrents to frequent alcohol abuse in many people. Although there is no certain cure for hangovers (other than time), there are a number of treatments; some of these have basis in scientific fact and some, well, not so much. 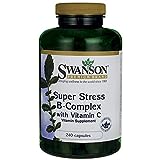 Consider these options as you try to pick yourself off the floor:

Drink some fluids.   You’re dehydrated, and some water, Gatorade, or juice (without alcohol, please) will help you recover faster. Skip acidic juices like orange juice; they won’t help your upset stomach.

Go back to bed. The more sleep you can get, the more you’ll sleep through some of the worst part of a hangover

Take a headache medicine. Ibuprofen can help your headache, but it can irritate your stomach. Tylenol might be a better choice, but is associated with liver disease if you’re a heavy drinker.

Eat something. You might be nauseous, but a little chicken broth and some crackers will help settle your stomach and give your blood sugar a boost. Some prefer dry toast with a little peanut butter. Pepto-Bismol (Bismuth Subsalicylate) isn’t a bad idea to deal with that stomach upset as well.

The above measures are thought to be of likely medical benefit for hangovers, but there are a lot of home remedies that people swear by. Below are just a few.

Ice:  An icepack to your throbbing noggin might just be the thing to help that headache. A cold, moist washcloth will work just as well.

Bananas. Bananas are a good source of potassium, something you might be low on after a night of drinking.

Ginger:  Ginger root is a time-honored natural remedy for nausea and vomiting, and many people feel seasick when they have a hangover. Ginger Ale is the easiest way to ingest some, but a ginger tea may be even better.

Honey and Lemon: Ingredients of a hot toddy (hold the alcohol), mixing some honey and lemon will boost your blood sugar. 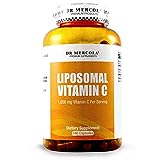 Vitamin B: A 1973 study found that Vitamin B6, in very large doses, can improve a hangover. Later studies, however, found no such benefit and possible risks to the liver and pancreas. Vitamin B-complex, a combination of B1 (thiamine), B2 (riboflavin), folic acid, B6 and B12 has also been proposed as a cure. It isn’t, but a dose of a vitamin supplement probably won’t hurt you.

Vitamin C: A popular ingredient and antioxidant in commercial “hangover supplements”, there’s little scientific data backing up any significant effect on a hangover. Like Vitamin B, however, there’s no reason to think it would hurt to take some Vitamin C.

Coffee: People like to think that some coffee will help their hangover, and it may do something for your headache. But caffeine is dehydrating, something that’s isn’t helpful when you’re already low on fluids.

Tomato Juice: While acidic and not so helpful for upset stomach, a non-alcoholic Bloody Mary is thought by some to metabolize alcohol from the body more quickly.

Exercise: If you can’t even move after a night of drinking, how can you exercise? Some feel, however, that sweating out the toxins will help a hangover. If you do decide to exert yourself, hydrate well beforehand and keep it to low-impact activities or you might be worse off than before. How about trying a walk around the block first?

Oxygen: Those with access to O2 canisters tout their benefits with regards to hangovers, but little evidence exists to support it.

The Prairie Oyster: V8 juice with Worcestershire and Tabasco, a little salt, a little pepper and a raw egg stirred together makes a Prairie Oyster, long thought to be a cure for a hangover. Little hard data confirms this concoction works, however, and eating uncooked eggs carries a risk for certain infections. Cooked eggs, however, contain taurine and cysteine, two substances that might help detoxify you. A number of other esoteric elixirs combining several incongruent ingredients also exist, but none have been scientifically shown to work. They will likely help raise your blood glucose, but you’re probably better off with a sports drink to get sugar, electrolytes, and hydration.

Hair of the Dog: Hair of the Dog is just another name for drinking more alcohol. It works because a hangover is essentially a form of alcohol withdrawal. Getting your drink on again, however, is the worst idea of all in the long run.

An ounce of prevention is worth a pound of cure, and that is the honest-to-God’s truth when it comes to hangovers. Make sure to:

Eat before you drink: Drinking on an empty stomach equals big trouble. Beer has calories, but it’s not dinner. Having a full stomach before drinking may help you keep your blood alcohol level down.

One alcoholic drink, one non-alcoholic: Matching one Old-Fashioned with one glass of water will help keep your alcohol intake down and decrease your chances of a hangover in the morning.

Pick the right poison: If you’re not picky about your poison, try to stay away from dark liquors like, say, bourbon. These have more congeners and are more likely to cause hangovers than clear liquors like vodka. Clear liquors are less associated with severe hangovers.

Be Bubble-Free: Alcohol in carbonated drinks, like Champagne, may be absorbed more quickly and lead to worse hangovers.

Head it off at the pass: Take two aspirin with a full glass of water before going to bed. Fatty acids that reduce inflammation in aspirin can avoid a bad hangover.

Abstain: Do I really have to say why? If you really don’t want a hangover, don’t drink. Be the designated driver.

Reprinted with permission from Doom and Bloom.

The Best of Joe Alton, MD