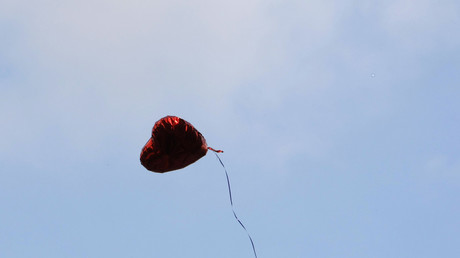 Suicide rates are rising in the US, according to new figures from the Centers for Disease Control and Prevention, with 50 percent of states experiencing an increase of more than 30 percent.

Between 1999 and 2016, suicide increased across 49 states, with 25 of those seeing an increase by almost a third, the CDC’s Vital Signs report shows. The only state to experience a decrease in suicides was Nevada, which saw its rate fall by one percent.

Close to 45,000 people died by suicide in 2016, more than double the amount who died from homicide.

“Suicide is a leading cause of death for Americans – and it’s a tragedy for families and communities across the country,” CDC Principal Deputy Director Anne Schuchat said. “From individuals and communities to employers and healthcare professionals, everyone can play a role in efforts to help save lives and reverse this troubling rise in suicide.”

The CDC looked at trends in rates at state level. They also looked at data from its National Violent Death Reporting System which covers 27 states to gain a fuller picture of the circumstances surrounding the suicides. In more than half of the suicides in the 27 states, the person had no known mental health condition.

We lost Kate Spade and Anthony Bourdain, two soaring talents, to suicide. I lost a parent to suicide. The CDC reported yesterday suicide rates in the U.S. are on the rise.

Suicide isn’t a burden for distant celebrities. It is a pervasive and growing killer.

Why are suicides on the rise?

The increasing suicide rates are the result of a number of factors. The time frame included the global financial crash in 2008, in which many lost their jobs and homes.

Opioid use is also surging across the US. A study by the Journal of Psychiatric Research found prescription opioid misuse was associated with a 40-60 percent increase in the risk of suicidal thoughts. Those who misuse opioids on a weekly basis attempt suicide at a rate of 200 percent more than others.

Many factors contribute to suicide, with the CDC reporting data from the National Violent Death Reporting System from 2015 which shows 42 percent have relationship problems, 29 percent experience a crisis, 28 percent have problems with substance abuse, and 16 percent have an issue with finances or their jobs.

The most common method used to end one’s life in the US is by firearm. The CDC found 55 percent of suicides where the person was not known to have a mental health condition were carried out using firearms, and 45 percent of those who did have a diagnosed mental health issue.

A Harvard study found gun availability is a risk factor when it comes to youth suicide.

Suicide rates are higher in rural areas, with the gap between rates in urban and rural areas widening, with 2007 seeing the gap begin to widen more quickly, the CDC reports.

What can be done?

The CDC recommended a public health approach to suicide prevention, which would require government, healthcare, employers, education system, community organizers and the media to work together to take steps to bring down the rates.