Chicken may sound like a healthier fast food option, but customers who make that choice at Subway might be in for a surprise. DNA tests have found their chicken was actually half soy, and now the company is saying that isn’t the way a sandwich should be.

Sub isn’t supposed to stand for substitute in the name Subway, but Trent University and the Canadian Broadcasting Corporation (CBC) recently revealed that, on average, Subway’s chicken fillets contained just 53.6 percent chicken DNA and even worse, their chicken strips had only 42.8 percent chicken DNA.

The DNA tests prompted the restaurant chain to issue a statement expressing concern over the findings.

“SUBWAY Canada cannot confirm the veracity of the results of the lab testing you had conducted,” the company said, adding, “Our chicken strips and oven roasted chicken contain 1% or less of soy protein. We use this ingredient in these products as a means to help stabilize the texture and moisture. All of our chicken items are made from 100% white meat chicken which is marinated, oven roasted and grilled.” 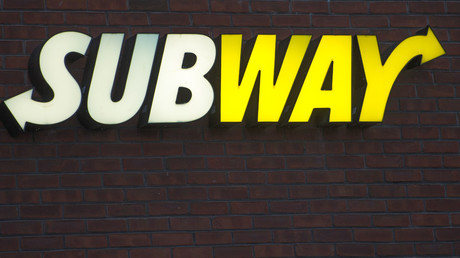 The chain even claimed to have tested its chicken recently and found no problems. But they also promise to investigate further, starting with their supplier.

The DNA tests conducted by the CBC and Trent University included other fast food chains, including A&W, McDonald’s, Tim Horton’s and Wendy’s. Those establishments offered chicken that contained 84.9 to 90 percent chicken DNA. Subway’s results were so off the charts that the researchers tested their ingredients again before coming to a conclusion.

The Subway products tested were the fillets found in the Oven Roasted Chicken sandwich and the strips in the Sweet Onion Chicken Teriyaki sandwich.