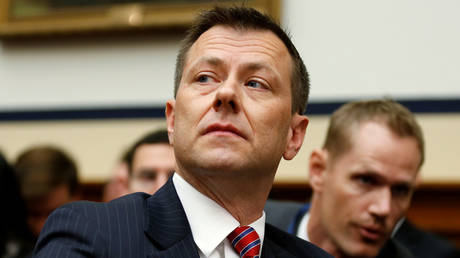 The DOJ agreed not to look into certain emails on the private servers of Hillary Clinton during its investigation in order to facilitate FBI access to them, released closed-door testimony of former FBI agent Peter Strzok shows.

Strzok, who was involved in the investigation into Clinton’s use of private email servers and later in the FBI’s controversial probe into then-candidate Donald Trump’s alleged ties with Russia, spoked to the House Judiciary Committee in June last year. The 300+ page transcript of the testimony was released on Thursday.

One part of the transcript details a deal, which the Department of Justice (DOJ) reached with lawyers representing Clinton, under which the FBI had limited access to emails stored on the servers. In exchange the servers were handed over to the FBI.

He added that the FBI had “a significant filter team that was put in place to work through the various terms of the various consent agreements,” when studying the emails.

Also on rt.com
Transcripts reveal FBI & DOJ were warned in 2016 about ‘bias’ in Steele dossier & ‘links’ to Clinton


The use of private servers by then-State Secretary Hillary Clinton was a major factor in the 2016 campaign, with Trump repeatedly using it to attack his Democrat rival. His joke call on Russia to hack the Democrats and find missing emails from Clinton’s private servers was later cited by some proponents of Russiagate as a possible act of collusion with Russia. The core of the allegations was that Clinton may have broken the law by allowing classified information be sent through her private unsecure channels.

The DOJ voluntarily limiting what its probe into the servers could and could not look into is not limited to the deal mentioned by Strzok. Top Clinton aides involved in the affair, Cheryl Mills and Heather Samuelson, were granted immunity from charges of destroying evidence in exchange for them handing over their laptops to the FBI. The terms of the deal included a restriction on what emails the investigators could access on those laptops.