We should abandon the idea Facebook or similar companies should be guarding what counts as news and what does not, David Swanson, author and activist, told RT. Dave Lindorff, founding editor of the news site ‘This Can’t Be Happening,’ joins the conversation.

On Saturday, Facebook’s Chief Security Officer Alex Stamos defended the company’s record regarding allegations the social media giant did not make enough effort to combat the spread of fake news during the US 2016 election cycle.

So if you don’t worry about becoming the Ministry of Truth with ML systems trained on your personal biases, then it’s easy!

Responding to tweets from the Washington Post contributor Quinta Jurecic, who condemned Facebook’s algorithm, which she said was “designed poorly and irresponsibly and which could have been designed better,” Stamos said it is very challenging to single out fake news using computer programs.

He also warned of the dangers of social media platforms being expected to serve as the “Ministry of Truth.”

RT: Facebook’s cyber security chief said that there are two ways of tracking fake news: manually or via algorithm. But he admitted they are both biased, do you agree? Is there any way to create an unbiased algorithm? 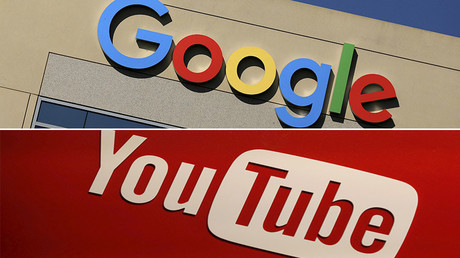 David Swanson: No, I don’t think there is. I don’t think there is such a thing as unbiased objective purely corporate or divine viewpoint of what is news and what isn’t news. You certainly can’t go on the basis of established record of lying and leave the NYT on the list. There is no purely objective way to go about it. We certainly shouldn’t be trying to use Facebook – the least unbiased. This is a major corporation with big government contracts with advertising as a big part of its revenue. This is not who should be guarding what counts as legitimate news.

RT: This was a bit of a sudden outburst on the issue in a series of tweets from Facebook’s cyber security officer. What do you think prompted him to express his views now?

DS: I can’t say for sure but certainly, possibly because the ludicrousness of the ‘Russia-Gate’ scandal in the US where political parties spend thousands of times this amount on Facebook ads directed explicitly at influencing the election. And we are to believe that a relative handful of ads that may have been purchased by Russians who may have been working with the Russian government that seem to have no coherent message, little if any connection to the election, whatsoever, actually affected the election outcome. Or as the New York Times put it today “reshaped US politics.” It is absolutely ludicrous.

We are talking about such a volume of information that you’d have to have a huge staff – it would solve the whole US unemployment problem – to have manual checking of all the things that show up on Facebook or Twitter… You can’t have any computerized algorithm telling you what is fake news or what is not fake news… If you want to find out if what I wrote is fake or true, you have to check the facts, you have to go and look into the story to see whether it has been falsely reported based on facts that don’t stand up to investigation. That is a huge job, and an algorithm can’t do that. So you are basically going to be assigning certain definitions to certain cites and calling them ‘fake’ or ‘not fake’ and that is really where Stamos is right – you are basically creating a ‘Ministry of Truth’. Facebook is in the business of making money. And they do not want to be regulated, so they don’t want a real ‘Ministry of Truth’ from the government telling them what they can and can’t take advertisement from. That is a very slippery slope for them. – Dave Lindorff, founding editor of the online news site “This Can’t Be Happening”; contributor to Counterpunch and “Who What Why”

RT: Some important people at Facebook seem to be admitting that the war on fake news isn’t working. Will this prompt a rethink of the whole enterprise, do you think?

DS: I certainly hope so, not because, as I said, there is any correct way to do it. But because we should be abandoning the idea that Facebook or similar corporations should be guarding what counts as news and what does not count as news. This is a problem that conflates foreign influence on the US government with news sources that are not approved by major corporations. This is very dangerous. The idea of fake news is nothing new, just the phrase is new. And it is not going to go away. But how you deal with it. This is not the approach. And that is what we need to be rejecting.

RT: It all started from allegations of Russian meddling into the US presidential elections. No solid proof has been provided yet. Is there way to prove the claims?

DS: I think people who take this sort of Facebook ad story and other dozens of similar stories seriously because they think they are icing on the cake. And the cake is all the stories of the past several months. But there isn’t any cake there. You could prove that the Russian government was a source for WikiLeaks if the source for WikiLeaks became known. But even so, the idea that that that determined the outcome of the election is ridiculous. And actually informing the US public of what one of its political parties was up to is something we ought to be thanking whoever leaked it to WikiLeaks for. No, there is not any proof forthcoming. If there were any proof of any of these dozens of bizarre claims, we would have seen some of it by now.