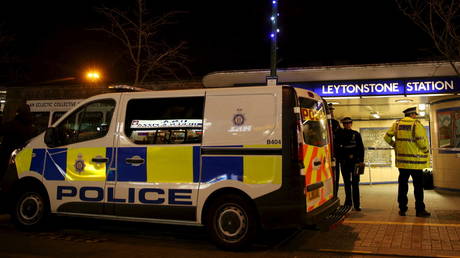 Theresa May’s attempt to regain the confidence of the British public following a surge in knife crimes, has been met with a barrage of derision on social media with many suggesting the crisis is due to her severe cuts to police.

In a Facebook post titled: ‘We need a new way to treat the sickness of knife violence,’ the prime minister and Home Secretary Sajid Javid state that the current knife crime epidemic which primarily affects young people, “cannot be allowed to continue.” The PM published the same thoughts on Twitter.

The post goes on to claim that both May and Javid will be bringing together experts for talks on the issue of serious youth crime, later this week at Downing Street, to find positive solutions.

The PM’s announcement on social media has been met with anger from those arguing that prevention is down to fully resourced services such as youth centres, social care and the police which the Tory government has cut drastically as part of it’s austerity programme.

Your resignation would do perfectly. People would be too HAPPY to want to cut each up!

YOU have cut the police by 21,500.
Shut police stations.
Yet another service YOU have destroyed.
Cuts have consequences as crime spirals out of control.
We need a #GeneralElectionNow

One Twitter user urged May to take a holistic approach to the knife crime crisis, and properly fund “community gang projects” as well as “mental health and drug and drinking groups.” Another called on the PM to put the country first, and not just with “vacuous soundbites.”

#StopBrexit
START putting our country and ALL of its people first – genuinely – not just vacuous soundbites.
Shame on this dreadful PM and diabolical government.

May is not the only Tory lawmaker to come under fire for her strategy on tackling knife crime. In March, Defence Secretary Gavin Williamson declared that UK Armed Forces stood “ready to respond” to the current knife crime epidemic blighting the country, leading to much mockery on social media.

It comes after UK police announced on Sunday that they are searching for a man who stabbed four victims in a series of, ostensibly, random attacks over 14 hours in Edmonton, North London.

Figures published by the Office of National Statistics in February revealed that – with a total of 285 fatal stabbings – 2018 was the worst year for knife crime since records began in 1946.