If you’re trying to break the habit, look away now! Smoking brings in £15 billion ($19.5 billion) to the UK economy each year, according to the Institute of Economic Affairs (IEA).

But before you take a patriotic puff, take a look where the money is made. Besides clawing in revenues from the high tax on tobacco, the state also saves a bundle on unpaid benefits, treatment, and pensions, thanks to the high mortality rate among smokers. Cough. 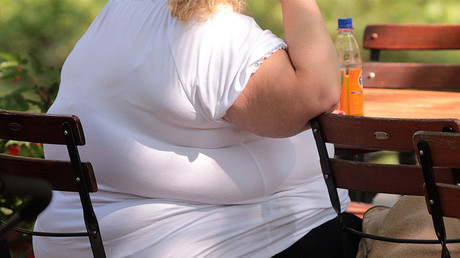 The IEA claims that although cancer treatment, house fires, and cleaning up cigarette butts on the street cost the UK economy up to £4.6 billion per year, the habit brings in more than three times that figure every year.

Overall, £24 billion is brought in through the so-called “sin tax.”

The IEA, a champion of free market economics, used its somewhat morbid calculation to attack politicians who criticize smokers, as well as those who drink a lot and overeat to the point of obesity.

“Taken together, Britain’s public finances would be £22.8 billion worse off if there were no drinking, smoking or obesity,” the report said.

Christopher Snowdon, head of lifestyle economics at the IEA, said it is wrong to say smokers and drinkers are “a burden” on Britain.

“This is one reason why we have seen such aggressive hikes in taxes on alcohol, smoking and very soon, a tax on sugar. But the justification for these taxes is based on an illusion.”

Snowdon said the findings show those who smoke, drink and are obese provide “net benefit” to public finances and warned that “vilifying them is futile in the quest to make savings for the NHS [National Health Service].”

“A careful consideration of the evidence shows that the popular belief that costs will fall if people live healthier and for longer is false.

“While it’s good that we now have longer life expectancies, policymakers must now address how we tackle the financial consequences of the ageing population rather than pointing the finger elsewhere,” Snowdon said.