Pulitzer Prize-winning reporter Seymour Hersch has questioned the UK government’s official line on the motives behind the Skripals’ poisoning, saying there is an “instinctive dislike” of Russia within the UK.

Speaking to BBC Radio 4’s The Media Show, Hersch was responding to a question about whether journalists often bring their own “baggage or views” to stories before they’ve found out about what’s going on, and if this shaped how stories were reported.

He said there is “bias all the time” in the media, and that the UK is “riddled with bias” fueled by an “instinctive dislike” of Russia. 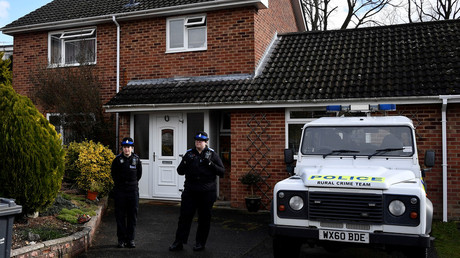 “There’s bias all the time, this country’s riddled with bias, there’s a great dislike of Russia here, an instinctive dislike,” he said.

“You saw that mess you had in March, the two Russians that were allegedly killed by nerve gas, which is essentially impossible,” he continued in reference to the poisoning of ex-Soviet double agent Sergei Skripal and his daughter Yulia in Salisbury three months ago.

“If you kill them, you kill half the city with nerve gas,” he added, before saying that interest in reporting on the story has “dwindled away.”

“There’s something wrong with the story,” he added.

After several months in hospital, both Skripals were released from hospital after becoming seriously ill when coming into contact with the nerve agent Novichok. Little has been heard from the Skripals since their subsequent discharge from hospital.

Although London and other Western nations were quick to point the finger at the Kremlin, no evidence has been provided that directly links Moscow to the attack.

Last week, it was reported that the British government would buy the residence of Sergei Skripal, along with the home of Detective Sergeant Nick Bailey, the officer who became ill after finding the Skripals slumped on a bench.

The total bill to the taxpayer, which includes the two homes, cars, and various possessions, is estimated at a cool £1 million ($1.3 million).

Hersch, who shot to fame after exposing the cover up of the My Lai Massacre of civilians by US troops during the Vietnam War, has gone on to become one of the leading investigative reporters on national security issues, and a critic of US foreign and security policy.

Stories he has covered since the infamous My Lai investigation have included the torture and mistreatment of inmates by US Military Police in Abu Ghraib prison after the invasion of Iraq, and – more recently – he has called into question claims made that the Syrian government has used sarin gas against civilians. As a result, he has been labeled by critics as an apologist for Syrian President Bashar Assad.

When asked for his own take on who really was behind the Salisbury attack, Hersch said: “I’ve been told the real story had little to do with Russia per se, except that he was ratting out some of the Russian mobs.”