The UK government’s refusal to release key advice on the 2015 drone killing of two British citizens in Syria will be challenged in court on Thursday.

Campaigners have questioned the government’s line that the killing by drone strike of British jihadists Reyaad Khan and Ruhul Amin was legal. 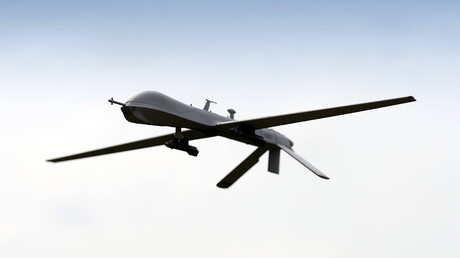 Rights Watch UK, the NGO demanding to see the advice from government lawyer’s upon which the decision to kill the pair was made, have also accused the government of using a US-style drone kill list.

The civil liberties group says the disclosure of the advice is in the public interest, while the Cabinet Office and the attorney-general have rejected this claim, arguing the advice must remain secret because it involves information about intelligence agencies.

Rights Watch UK in turn reject the government views, calling for the legal parts of the advice to be disclosed rather than sensitive operational specifics – a process known as disaggregation.

Rights Watch Director Yasmine Ahmed told the Guardian that the “unprecedented strike” in 2015 signaled a “profound policy shift and a sweeping expansion of the circumstances in which the government claims they can lawfully use force overseas.”

She accused the government of “shielding their legal justification from public view” and in doing so “depriving parliament and the public of the opportunity to have informed debate about where and when its government can engage in the premeditated killings of individuals, including British nationals, abroad.

“The government is seeking to have its cake and eat it: explicitly relying on the legal advice and its conclusions to assure parliament this new departure was lawful, then denying parliament and the public the opportunity to properly test this claim by wholesale withholding the advice with a catch-all reference,” Ahmed warned.

The lawyer acting on behalf of Rights Watch, Daniel Carey, accepted that “redaction of the document is likely to be necessary” but insisted that “outright refusal” to disclose was not justified.