A review of With Malice Toward Some: Treason and Loyalty in the Civil War Era by William A. Blair (University of North Carolina Press, 2014) and Secession on Trial: The Treason Prosecution of Jefferson Davis by Cynthia Nicoletti (Cambridge University Press, 2017).

Was the act of secession in 1860-61 treason? This is one of the more important and lasting questions of the War. If so, then the lenient treatment of Confederate officers, political figures, and even the soldiers themselves following the War was a great gesture of magnanimity by a conquering foe never seen in the annals of Western Civilization. If not, then the entire War was an illegal and unconstitutional invasion of a foreign government with the express objective of maintaining a political community by force, an act that represented the antithesis of the American belief in self-government regardless of Abraham Lincoln’s professed admiration for government “of the people, by the people, and for the people.” 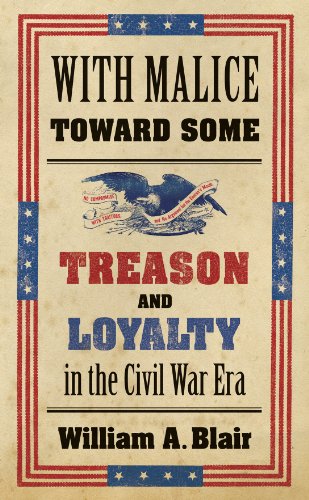 Until recently, the modern academy has not given the topic much scholarly attention. Post war discussions of secession and treason were best addressed in what is now classified as “Lost Cause Mythology.” Historians regularly cast aside works by Albert Taylor Bledsoe, Jefferson Davis, and Alexander H. Stephens as examples of special pleading written by sore losers determined on refocusing the narrative away from slavery. Most mainstream historical literature considered it a foregone conclusion that the War was a “righteous cause” to forge a new union, as many of the Radical Republicans professed during Reconstruction. The South had been defeated, its…