Scottish children and adults could soon be able to choose to have no gender at all, if plans to overhaul the law are given the go-ahead.

The Scottish government has revealed plans to make it easier for transgender people to transition and live as their acquired gender, both legally and physically. Gender reassignment in Scotland is currently a marathon process spanning years, requiring stringent psychiatric assessment, a formal gender dysphoria diagnosis, and living life as the chosen gender for two years before surgery.

Changes to the 2004 Gender Recognition Act, the law that allows a transgender person to change their legally recognized gender, aims to streamline the process and make it less invasive. Currently, trans young people have to wait until they are 18 years old to begin gender reassignment, but the proposed changes will see the minimum lowered to 16 – or perhaps even younger. 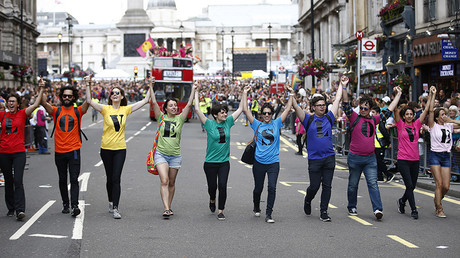 Equality minister Angela Constance is championing the changes. She believes whilst Scotland has a reputation as one of the most progressive countries in relation to LGBTI legal and human rights equality in Europe, there is still a long way to equality.

“Both our Fairer Scotland Action Plan and this year’s Programme for Government commit to renewing the 2004 Gender Recognition Act,” she said. “This Act was once considered ahead of its time but it now needs to be updated so we can ensure we are creating a fairer Scotland for those who are transgender and non-binary.

“By holding a full and wide-ranging consultation we can make sure that our law is fit for purpose and in line with international best practice. This is a vital conversation and one which will ensure transgender and non-binary people in Scotland are treated with dignity, fairness and respect.”

The Scottish government has announced a consultation process, to better develop future amendments to the Gender Recognition Act. Trans and LGBTI groups across Scotland have praised the government’s proposed changes, while Scottish Trans Alliance manager James Morton said the proposed changes to update birth certificates are an important and positive step forward.

“Being able to change the gender on their birth certificate to match their other identity documents is important primarily to uphold trans people’s privacy and dignity but also to ensure that their pensions, insurance policies, civil partnerships and marriages are all administered correctly,” he said. “We urge the Scottish government to also provide legal gender recognition for non-binary trans people so that all trans people can have equal inclusion and acceptance within Scottish society.”

Director of Stonewall Scotland Colin Macfarlane labelled the changes as “desperately needed.” He said: “It’s time to move the legislation on from being a long complicated bureaucratic process, which treats being trans as a mental illness. We believe a better Gender Recognition Act is a crucial next step in achieving equality for all trans people and will help reduce the discrimination and abuse that is all too prevalent in our society.”

However, Christian Institute deputy director Simon Calvert told independent religious media company Christian Today that politicians should stop and ask themselves if “jumping on this bandwagon” is really helping children.

“The more trans politics grips our culture, the more young people are being rushed into damaging hormone therapy and mutilating surgery by people motivated more by political posturing than the best interests of children,” Calvert said.

“We are seeing more and more cases of young people experiencing profound regret at the damage done to their bodies and mental health by being placed on a conveyor belt to trans-identity simply for questioning their gender. But because trans politics depends on silencing dissent, their voices are rarely heard.

“Where are the Scottish politicians standing up for these kids? If this proposal by the Scottish government means freezing out parents from one of the most life-changing and controversial decisions of their children’s lives then there will be outrage,” he added.