Links to intelligence have been found in 52 genes, 40 of which have been identified for the first time, new research has revealed. However, the discovery does not mean that the genes determine genius.’

On Monday, a team of 30 scientists, led by Danielle Posthuma of VU University Amsterdam, released a new study in the journal Nature Genetics announcing “new insight into the genetic architecture of intelligence.”

“For the first time, we were able to detect a substantial amount of genetic effects in IQ,” Posthuma told AFP. “Our findings provide insight into the biological underpinnings of intelligence.” 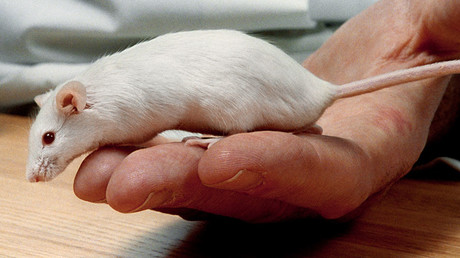 For the study, researchers used various tests to measure intelligence in 13 different groups of people. They looked for genetic markers linked to intelligence across 78,308 adults and children of European descent, including a database of exceptionally intelligent people and some studies of twins.

Through two different kinds of genome analysis, they were able to pinpoint 40 new genes associated with intelligence. However, they explain that, taken together, their results only account for “up to 4.8 percent of the variance in human intelligence.”

Researchers found that intelligence is more shaped by an individual’s social environment than their genes.

“Genes do not determine everything for intelligence,” Posthuma said, according to the Guardian. “There are so many other factors that affect how well someone does on an IQ test.”

Many of the genes they found were linked to intelligence, also have other roles with many thought to help with brain cell development. The genes were also found to be associated with schizophrenia, body mass, education, head circumference in infancy, longevity and autism spectrum disorder.

They found the strongest association with a gene called FOXO3, a gene that is believed to trigger apoptosis, the death of cells. The gene was also found to have a strong association with longevity, the team said.

Posthuma says that thousands of genes could play a role in intelligence and the vast majority have not been discovered yet.

“For intelligence, there are thousands of genes,” she told AFP. “We have detected the 52 most important ones, but there will be a lot more.“

If someone with a big genetic endowment “chooses not to put any effort into learning, then that will definitely diminish their chances for achievement,” Posthuma continued.

Posthuma said the next step will be to block the genes in lab mice to see what impact it has on their cognitive abilities. She says that the genes could help scientists understand the conditions that lead to mental impairment in the future.

“There is always the question of designer babies and can we use this knowledge to improve intelligence,” Posthuma said, according to the Guardian. “These are valid questions, but it’s very far from where we are now. You certainly wouldn’t be able to design a baby based on the current knowledge.”