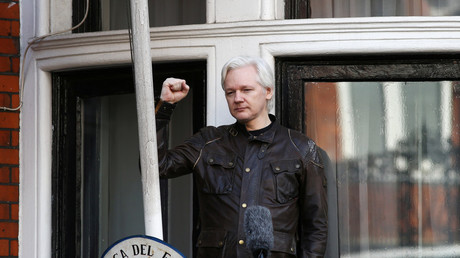 Federal prosecutors are trying to contain the damage after a filing error disclosed the existence of a sealed indictment against Julian Assange, but their refusal to admit the charges exist lends the proceedings a Kafkaesque air.

Prosecutors informed US District Court Judge Leonie Brinkema that they oppose a group of journalists’ request to unseal any pending US indictment and refuse to acknowledge the existence of such an indictment in the first place – a situation that would be comical if it didn’t run entirely contrary to the American tradition of giving the accused a fair trial.

The Reporters Committee for Freedom of the Press applied earlier this month for the unsealing of court records relating to US charges against Assange, “including the docket and any criminal complaint, indictment, or other charging document.”


An apparent copy-paste error earlier this month revealed the existence of a sealed indictment against Assange in the Eastern District of Virginia, substituting his name for that of another defendant in court filings. The slip indicated that Assistant US Attorney Kellen S. Dwyer wants the indictment kept sealed until such time as Assange can be arrested.

Given the friction between Assange and his hosts at the Ecuadorian embassy in London, that time may be approaching quickly. A new set of rules governing Assange’s stay in the Ecuadorian embassy in London stated that “budget cuts” going into effect on December 1 will compel him to pay for his own food, medical care, laundry, and related expenses. A lawsuit Assange filed against his host over the new restrictions, which include a ban on political speech and severe restrictions on visitors, was thrown out of court by an Ecuadorian judge last month.