US President Donald Trump has said that Saudi Arabia has been helping the US with Israel, with which the Kingdom has no official diplomatic relations. It marks the first time Trump has publicly recognized the sneaky alliance.

Speaking in the White House, Trump stood up in defense of Riyadh as it is facing mounting international pressure over the killing of Washington Post columnist Jamal Khashoggi in its consulate in Istanbul on October 2. As more gruesome details of the murder, allegedly perpetrated by a Saudi hit squad, emerge, the White House is increasingly bombarded by calls to punish Riyadh and cancel multibillion arms deals with the Saudi government. 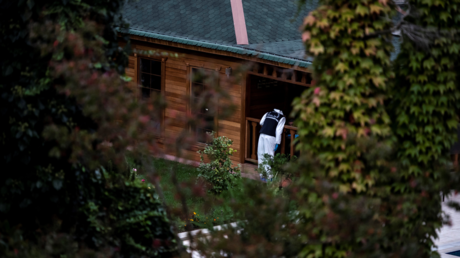 While the US President has cast doubt on the official version of the events, calling it the “worst cover-up ever,” he pointed to the virtues of the Saudi government, “a very good ally of ours.”

Among other things, Riyadh has “been helping us a lot with respect to Israel. They’ve been funding a lot of things,” Trump said without elaborating.

Saudi Arabia and Israel have become strange bedfellows over their shared animosity to Iran, which they both see as their archenemy. In one of his awkward attempts to downplay the Khashoggi crisis, Trump again brought up Iran’s supposedly evil ways.

“And if you look at the other side, Iran, you look at what they’ve done to people, vicious, horrible,” Trump said. He did, however, note that the alleged human rights abuses in Iran is “no excuse for what happened with Saudi Arabia.”

While Saudi Arabia has never formally recognized Israel and, accordingly, maintains no official diplomatic relations with the Jewish State, Tel Aviv and Riyadh have been growing closer under Israeli Prime Minister Benjamin Netanyahu.

Over the past year, there have been several reports of clandestine meetings between Saudi and Israeli officials, including between the top statesmen: Netanyahu and Saudi Arabia’s de-facto ruler Crown Prince Mohammed bin Salman. 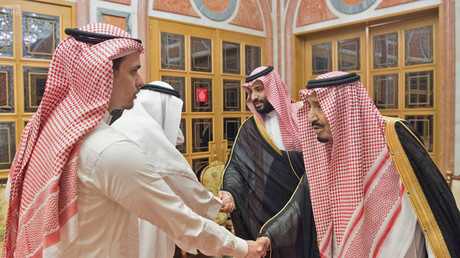 In June, the two held secret talks in the Jordanian capital of Amman, Israel’s Maariv newspaper reported at the time. In November last year, Israeli Energy Minister Yuval Steinitz confirmed the two have been in contact over the Iranian “problem.” Asked why the Israeli government keeps mum about the ties, the minister said that it was the Saudis that are interested “in keeping the ties quite.”

Netanyahu has been pursuing an alliance with Arab nations to counter Iran. Israel accuses Iran of gaining a foothold in Syria, where it helped Damascus to drive out extremists, in a plot to attack Israel. In January, the Israeli leader boasted that “there is an alliance between Israel and other countries in the Middle East that would have been unimaginable years ago.”

Saudi Arabia is also reportedly a part of Trump’s “deal of a century” for Palestine. Trump’s senior adviser Jared Kushner held a meeting with bin Salman over summer, discussing efforts to facilitate the stalled peace process.