London Mayor Sadiq Khan has called for the introduction of gender-neutral toilets across the capital to reflect the needs of LGBT people. Elsewhere in the UK, however, people are far from embracing the all-inclusive approach.

The mayor included calls for gender-neutral toilets in his new London Plan, a document due to be published this week.

He said the toilets would reflect London’s diverse society and reassure people they will have the facilities they need when strolling around the capital. 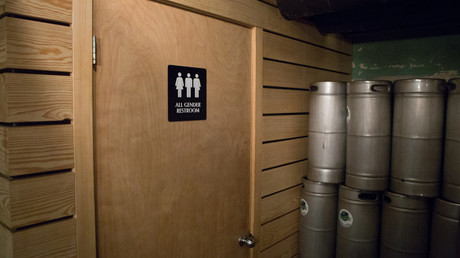 “I have vowed to be a mayor for all Londoners so I am determined to ensure that everyone has the ability to enjoy our great city to its fullest,” he said according to the Guardian. “Toilets are a vital public service and can help to shape the experience of the capital for those who live here and for those visiting.

“We need a range of toilets that reflect the incredible diversity of this city – giving people the confidence to move around London with dignity.”

Not everyone backs gender-neutral toilets. An Oxford University college voted down a motion calling for unisex bathrooms to be installed.

The motion at the elitist Somerville College, which boasts Margaret Thatcher as one its alumni, was defeated by 31 votes to 29 amid concerns people would feel uncomfortable sharing the lavatories with the opposite sex.

One student said the proposal for unisex bathrooms was “overlooking the practicalities, just for the point that we want to make non-binary people feel more accepted.

“There will be a lot of girls that feel uncomfortable with men being able to come into the toilet,” they added, according to the Telegraph.

Another one said: “Many women have had experiences of harassment and would feel uncomfortable with this, probably a higher percentage of people than those who want a gender neutral toilet. [The] harassment issue would affect more people.”