RyanAir is threatening to ground planes after Britain leaves the EU to persuade voters to “rethink” Brexit. Chief Executive Michael O’Leary wants Britons to realize “they are no longer going to have cheap holidays.”

“I think it’s in our interests – not for a long period of time – that the aircraft are grounded. It’s only when you get to that stage when you’re going to persuade the average British voter that you were lied to in the entire Brexit debate,” O’Leary – a vocal Remainer – told an audience of airline leaders in Brussels.

“You were promised you could leave the EU and everything would stay the same. The reality is you can leave the EU. Yes, that’s your choice. But everything will fundamentally change,” he said, according to the Press Association. 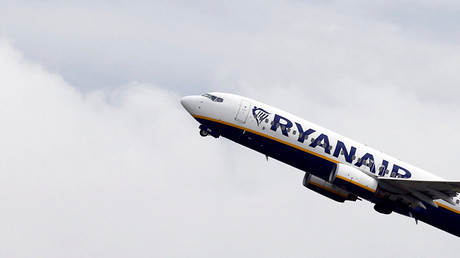 The Dublin-based carrier’s boss warned there would be a “real crisis” as flights between the UK and the EU are disrupted after Brexit.

“When you begin to realize that you’re no longer going to have cheap holidays in Portugal or Spain or Italy, you’ve for to drive to Scotland or get a ferry to Ireland as your only holiday options, maybe we’ll begin to rethink the whole Brexit debate.”

Carsten Spohr, the boss of German carrier Lufthansa, who was on stage alongside O’Leary, backed the threat.

“In theory, if we could use this industry to prove to the British how wrong the decision was, that might be a good thing,” he said.

The single market for aviation, created in the 1990s, means there are no commercial restrictions for airlines flying within the EU.

O’Leary has repeatedly warned that airlines will be forced to cancel post-Brexit services from March 2019 if no agreement is reached in the Brexit negotiations by September, because schedules are planned about six months in advance.

Transport Secretary Chris Grayling said in January that he is confident flights will not be grounded because “it’s in the interests of everyone” to maintain the open market for aviation.