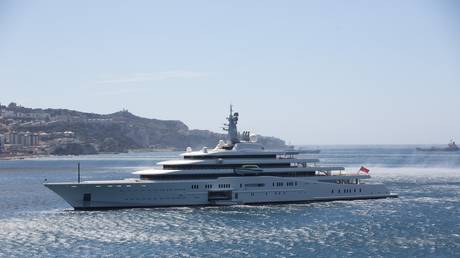 As British politicians and journalists continue to see Russia’s nefarious hand around every corner and warn daily of the dangers of Russian influence in the UK, there is one thing about Russia that they still seem to like: money.

Russian President Vladimir Putin met with a group of UK business leaders at the Kremlin on Wednesday to review British investments in Russia as well as Russian investments in Britain – and to discuss potential future cooperation.

Putin noted that accumulated British investments in the Russian economy amount to 23.8 percent, while Russian investors have poured more than $11 billion into the British economy. Curiously, Russian ‘influence’ of the financial variety is still more than welcome in Britain, despite tensions between the two countries.

Also on rt.com
Global investors like Russia even if Western governments don’t


British businesses are welcome to participate in the implementation of new national projects across Russia, too, Putin said. Hundreds of billions of dollars will be invested in the redevelopment of the most important sections of the economy and social sphere, he said, providing great opportunities for growth.

“I am sure that your [British] companies could participate in this work, the market is big enough,” he told the businessmen, who didn’t seem too disappointed by the prospect.

Perhaps some intrepid reporters at the BBC or Guardian could look into the Kremlin’s offer, in case it’s some kind of scary Russian influence plot – just to be on the safe side.

Chief executive of the BP group, Robert Dudley, said that British companies were ready to help “in efforts to restore confidence” between the two countries and added that trade helps to support “the prosperity of both countries” and “helps to build communication when other channels fail.”

Putin also took the opportunity to invite representatives of the British business community to take part in the St. Petersburg International Economic Forum, which will be held in June.