The Russian Embassy in London has welcomed a report into the “deplorable state” of the Russia-UK relationship, and says it supports the re-establishment of a “genuine political dialogue” between the two countries.

The report, titled ‘The United Kingdom’s relations with Russia,’ said relations between the countries were at their most “strained since the end of the Cold War.” It said Britain’s refusal to engage with the Russian government is not a viable long-term foreign policy option.

Britain should clarify what it wants from relations with Russia and conduct regular political dialogue with the Kremlin, however uncomfortable such conversations might be, the report released on Thursday said.

The embassy, which made a submission to the inquiry, said in a statement it appreciates the committee’s effort to understand the origins of the present situation.

“Although we’ve got to admit that this inquiry was doomed to be constrained by the western narrative on the state of international affairs, including the West-Russia relationship.

“That is why a whole range of unsubstantiated allegations against Russia [go unanswered], though in some cases it is stated that those are not supported by any evidence.

“We never impose our terms on anybody, and welcome the committee’s call for re-establishment of a genuine political dialogue between Russia and Britain on matters of common interest, including the threat of terrorism,” it adds.

The report urges Britain to support Ukraine and not accept what it called “the illegal Russian occupation and annexation of Crimea.” Britain must also help Ukraine build its “social, political and physical infrastructure,” to allow the country to engage with Russia on “a more level playing field,” the committee said. 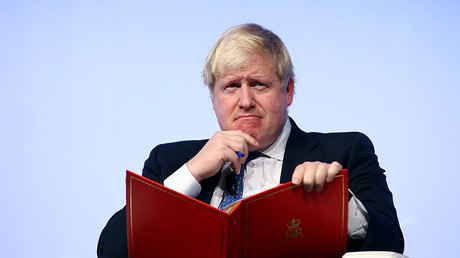 The Russian Embassy says the West, including the UK, “ought to make clear its dealings with Kiev.”

It says following the coup in Ukraine in February 2014, the people “had to make their own decisions.”

“In the Crimea, people opted for self-determination and joining the Russian Federation, in the south-east for autonomy and to protect their language and other human rights.”

The embassy says there is a “clear-cut” formula in place for resolution in Crimea, provided for by the Minsk II agreement, which “meets a political solution and not a military one.” It says any effort to work outside Minsk II will lead to a full-scale armed confrontation, which is in nobody’s interest.

Kiev has consistently accused Moscow of sending weapons and troops into the rebel-controlled territories. However, hard evidence of these claims has never been presented, and Russia continues to deny the accusations.

British government officials have accused Russia of committing war crimes, but have not published any evidence to support their claims, the report says. 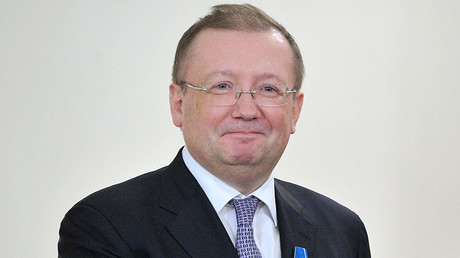 “If the government continues to allege that Russia has committed war crimes in Syria without providing a basis for its charge, it risks bolstering the Kremlin’s narrative that Russia is held to unfair double standards by hostile and hypocritical western powers,” the report says.

The embassy defended Russia’s involvement in Syria, saying it had to intervene after three years of mismanagement by its western partners.

“Our intervention helped save Syria from collapse and the region from implosion which could have resulted in the emergence of a terrorist state in the Middle East, threatening the outside world and Europe in the first place.

“Now we are witnessing the effort at finding a regional solution to the crisis, spearheaded by Russia, Turkey and Iran.”

The embassy says for that to be successful, Russia needs the help of other players, including Britain.

“We believe that making common cause in fighting terrorism in the region provides a sound foundation for cooperation of all international and regional players on Syria.”