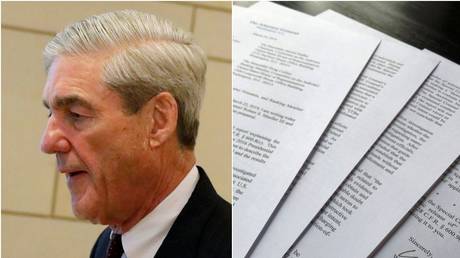 The Democratic lawmaker who chairs the House Judiciary Committee has said that he will approve a subpoena to obtain an unabridged version of the Mueller report, in what could be described as a Hail Mary for Russiagaters.

Nadler has set a deadline of April 2 to receive the full Mueller report and its underlying evidence to Congress. Attorney General William Barr has signalled that he will provide Congress with a redacted version of the nearly 400-page document by mid-April.

Also on rt.com
CNN didn’t get ‘anything’ wrong in Russiagate reporting, host claims. It didn’t?


“We require the report, first, because Congress, not the attorney general, has a duty under the Constitution to determine whether wrongdoing has occurred. The special counsel declined to make a ‘traditional prosecutorial judgment’ on the question of obstruction, but it is not the attorney general’s job to step in and substitute his judgment for the special counsel’s,” the New York congressman wrote in a New York Times op-ed published on Monday.

Russiagate’s most faithful devotees have suggested that Barr hid critical information when he released a four-page summary of Mueller’s findings last month, declaring that the two-year investigation failed to sniff out “collusion” between the Kremlin and Trump. Others insist that Barr’s summary does not fully exonerate Trump from allegations of obstruction of justice, and have demanded more transparency on the matter.

Curiously, Russiagate aficionados have ignored Barr’s claim that Mueller is assisting with the redactions – a fact that runs afoul of the grand cover-up conspiracy being floated by the likes of MSNBC’s Rachel Maddow.

The contempt that @Maddow & @MSNBC are showing for their audiences & journalism is stunning.
This 24-min. segment argues Barr is hiding report’s damning contents & redacting on his own. Maddow *omits* the fact that Barr’s new letter says Mueller is *“assisting” the redactions*: https://t.co/OFxb9Pe8ur

In fact, failing to redact some information would be unlawful. That report and supplementary material includes information about grand jury proceedings, which by law cannot be made public. Other parts of the document make reference to information that would “unduly infringe on the personal privacy and reputational interests of peripheral third parties,” Barr indicated in a letter sent to Nadler and Senate Judiciary Chairman Lindsey Graham on Friday.


However, the Democrats have an unlikely ally in their quest to seek the full Mueller report: Donald Trump. The president has stated publicly that he wants the full report released, as he believes it would exonerate him of all allegations made during the Russiagate “witch hunt” against him and his administration.