The British headquarters of Rupert Murdoch’s 21st Century Fox has been raided by investigators from the European Commission (EC) over possible breaches of antitrust rules.

The EC confirmed media reports on Tuesday that they carried out an “unannounced inspection” of the company over concerns that they may have violated EU antitrust rules that prohibit cartels. The investigation is looking into companies active in the distribution of media rights linked to sports events in several member states, the EC confirmed. 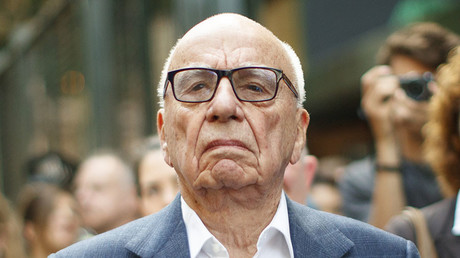 Investigators gained access to the company’s offices in Hammersmith, west London, which is home to the Fox Network TV channel business, and they seized a number of documents and computer records, according to The Daily Telegraph. The Fox Networks Group said they are fully cooperating with the inspection.

The EC is tasked with enforcing EU business competition rules and has the power to raid companies suspected of abusing their market dominance or being involved in price fixing. Investigators are expected to remain at the business through Wednesday and possibly into Thursday, the Telegraph reports.

The raid comes at an already tense time for Murdoch, who is currently in talks with the UK Competition and Markets Authority (CMA) over their concerns that his recent bid to take over Sky, along with his control over Fox and News Corp, as well as owing the Sun and the Times will give him too much influence in the British media.

Murdoch has offered to sell his 39 percent ownership of Sky News to Disney, or spin it into a separate company to alleviate their concerns. The CMA is considering the offer. The EC has already approved it.