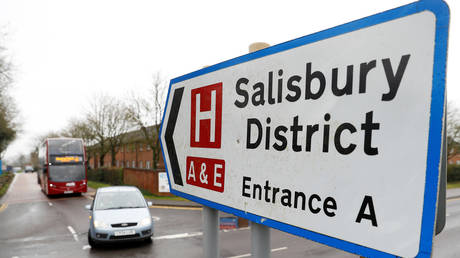 RT provided extensive coverage of the Skripal poisonings by exploring a number of theories, is critical of NATO, and writes stories about Western political dysfunction, a report from King’s College London (KCL) has found.

The Policy Institute (TPI) at KCL published a range of hard-hitting findings under the title ‘Weaponising news: RT, Sputnik and targeted disinformation.’

It’s a piece of work which can stand proudly alongside the countless other reports which have reached the same conclusions using almost the same language.

TPI describes itself as combining the “rigour of academia with the agility of a consultancy and the connectedness of a think tank.” Sounds like an organisation with no vested interests.

TPI analysed the English language sites of RT and Sputnik (it’s not immediately clear whether researchers are aware they are two separate organisations) “across two four-week samples from May-June 2017 and March 2018” to produce a set of findings which are profound in their familiarity.

Here are just a few of the most incisive conclusions.

It’s claimed that RT and Sputnik provided extensive coverage of the Skripal poisonings in Salisbury last year. A fact that is hard to deny, considering it was the biggest news story on earth at the time, and involved Russia.


It found “Russian news outlets inserted over 130 competing and often contradictory narratives into their extensive coverage.” An RT study (Google search) found that non-Russian outlets also reported a number of possible scenarios which is common when an event is still unfolding.

The same RT study also found many UK-outlets were happy to rely on whatever the British government told them.

RT responded to the report by saying: “We are amazed that it took some in the UK this long to jump on the tried-and-true bandwagon: blame RT for the journalistic audacity to demand facts and ask questions. Questions such as: why was the British media so eager to forget the lies of its own Foreign Minister Boris Johnson on the Skripals matter?”

The TPI analysis noted that “RT and Sputnik generate a large volume of coverage critical of NATO and extensive reports on the potency of Russian prototype weapons.” It’s not made clear whether the TPI team believe that NATO is beyond criticism.

Also on rt.com
First responder in Skripal poisoning turns out to be Britain’s most senior military nurse


The report found a “steady stream of articles about domestic politics and events in the USA and Europe that focus on political dysfunction, institutional failure, social division and the negative effects of immigration.”

The report does not explain why it regards it as strange that a news organisation would focus on these newsworthy subject areas.

TPI also criticized stories claiming evidence of widespread ‘Russophobia’, while at the same time suggesting the use of quotes from Russian politicians and pro-Russia analysts was not to be trusted.

One particular highlight is the summary that Russian media depicts NATO as being “aggressive but weak, dangerous yet incompetent.” Now, doesn’t that sound familiar?