In this issue, Rothbard discusses “The Task Ahead”; what comes next for this growing libertarian movement, on what issues should we focus, with whom should we ally?

This forty-seven-year-old issue offers some good news and some bad news.  The good news: the movement (if defined as the existence of several generally libertarian organizations) has grown significantly since then.  The bad news: all of the same divisions amongst libertarians remain.

But if we are to concentrate on developing our own organization, then we must be able to deal with divisions among ourselves, for right now we encompass a very wide spectrum from “extreme right” to “extreme left.” 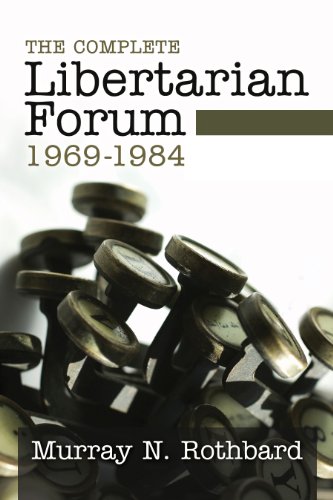 Both extreme groups should prepare themselves to settle down, calmly and soberly but with cool and passionate dedication to a thoughtful and protracted lifelong struggle for liberty and against the State.

On the extreme right, Rothbard identifies that this would require abandoning any devotion to the American State, the Constitution, American foreign policy, the military and police; on the extreme left this…