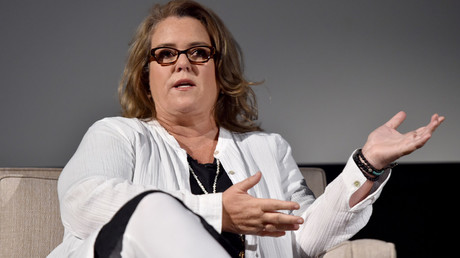 O’Donnell specifically targeted Senators Susan Collins (R-Maine) and Jeff Flake (R-Arizona), who were both slow to say they would support the legislation.

“2 million dollars to Senator Susan Collins and 2 million to Senator Jeff Flake if they vote NO. NO I WILL NOT KILL AMERICANS FOR THE SUOER [sic] RICH. DM (Direct message) me Susan. DM me Jeff. No s**t. $2 million cash each,” she said.

DM me susan
DM me jeff

no shit
2 million
cash
each

The tweet sparked a huge reaction online, with many wondering if it would work while others applauded or lambasted O’Donnell.

She just committed a felony so she lost all chances of running for office. (18 U.S. Code § 201 – Bribery of public officials).

Indeed, an examination of the US code shows that O’Donnell clearly violated bribery laws by making the offer. The offense is punishable with a fine of up to three times the value of the bribe and/or 15 years in prison.

However O’Donnell was not to be deterred. “I disagree. It is obvious there is a price,” she replied. “Corker had one, Collins too. Flake, almost brave, he crawled out backwards. $2 million to any GOP senator who votes no on KILLING AMERICANS.”

The senate passed the tax bill with a 51-48 vote in the early hours of Wednesday morning. However, because of a procedural issue, it had to be approved in the House again before President Trump could sign it into law.