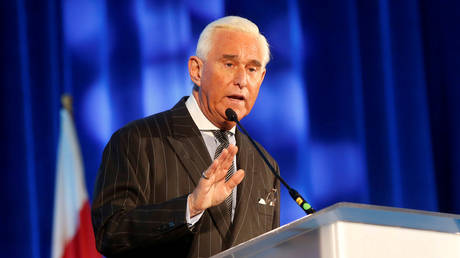 Roger Stone’s lawyer, Grant Smith, has said that his client is “vindicated,” by the fact that the indictment against him does not mention “Russian collusion,” and instead charges him with relatively minor process crimes.

Stone is charged with one count of obstruction, one count of witness tampering, and five counts of making false statements. Smith claimed that the misstatements his client made were “immaterial” and allegedly due to forgetfulness.

“This was an investigation about Russian collusion and now they’re charging Roger Stone with lying to Congress about something he honestly forgot about,” Smith continued. “Roger intends to fight these trumped up baseless charges.”

Stone allegedly made the false statements in an effort to cover up a 2016 claim that he acted as an intermediary between the Trump campaign and WikiLeaks, which published a trove of Democratic Party emails.


Stone was arrested by heavily-armed FBI agents in a pre-dawn raid at his Florida home on Friday. A CNN camera crew accompanied the agents to Stone’s door. The veteran political consultant is due before a federal court in Ft. Lauderdale later on Friday.