The fate of legalized medicinal marijuana in the United States was in a precarious place last week. Even though every appropriation passed by the House in Congress since 2014 included an amendment that explicitly denied the Department of Justice funding for a crackdown on marijuana in the states where it has been legalized. This amendment has broad bipartisan support in both houses of Congress, essentially a coalition of Liberal Democrats and Libertarians in freedom Caucus minded Republicans.

Suddenly after intense lobbying by Atty. Gen. Jeff Sessions, the House rules committee said they would not allow the amendment to be attached to the current appropriations. Recall that Sessions had actually formally written a letter to Congress asking them to vacate the previously passed amendment by not attaching the rider.

Fortunately, with the support of President Trump and Senator Schumer, the amendment was attached to the emergency appropriation for Hurricane Harvey. I was in Washington, embedded on Capitol Hill, making calls and meeting with pro marijuana confederates. This has the effect of protecting millions of Americans legal access to cannabis for medicinal purposes at least until December.

Sessions’ aggressiveness and his obvious plan to reignite the field war on drugs which has already cost taxpayers billions, destroyed families and lives and had no impact whatsoever on the level of illegal drug activity in the United States. It is clear this is in direct contradiction to the position of candidate and President Donald J Trump who very clearly said he supported state’s rights when it came to the question of legalizing marijuana particularly for medicinal purposes. 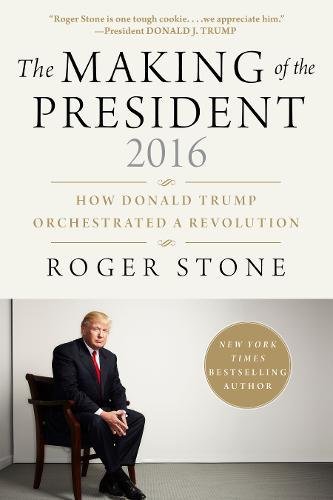 The Making of the Pres…
Roger Stone
Read more