The rise of robots taking over jobs threatens to further undermine social mobility in Britain by hitting poorer workers the hardest, according to new research. 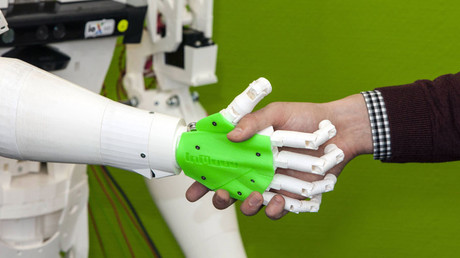 The report, commissioned by the Sutton Trust, a charity focused on social mobility, warns that 15 million jobs in the UK could disappear due to automation in the next two decades.

It says as workers lose their jobs to robots, ‘soft skills’ such as confidence and communication are set to become more valuable. It predicts this will benefit those from higher socioeconomic backgrounds “who typically have greater opportunities to develop these skills.”

The report said so-called paraprofessional jobs that are “stepping stones to social mobility” are at risk. It predicted that about 280,000 book-keepers, payroll managers and wages clerks in the UK could be displaced by the shift to cloud-based accounting.

The report also warns that the pace of technological change means people will need to retrain more frequently – another disadvantage for people from poorer backgrounds.

The phenomenon could result in two groups with very little mobility – an elite high-skilled group dominating the higher echelon of society, and a lower-skilled, low-income group with limited prospects of upward mobility and facing a broken social ladder, it says.

He added that unless the challenges of automation were addressed, “social mobility could be further set back.”

Andy Haldane, chief economist at the Bank of England, has predicted that almost half of the jobs in the UK are at risk of being automated.

The OECD, however, has predicted smaller numbers, saying that automation was more likely to replace some tasks within jobs, rather than render vast numbers of occupations entirely redundant.

The report is due to be published at the Sutton Trust’s summit on social mobility on Wednesday.