A rip-off culture is rife among companies who bid on British taxpayer-funded foreign aid contracts, according to a damning report.

The new report from the Commons International Development Committee warns that contractors competing for big contracts are behaving “appallingly.” 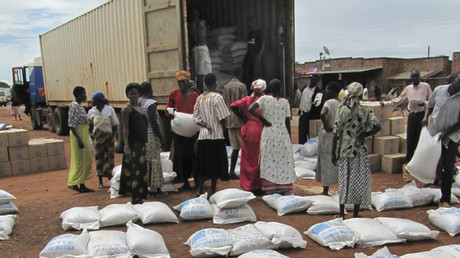 The report cited industry whistleblowers, one of whom said: “It is absolutely embedded in the culture.

The investigation suggests that contractors are at times charging the government at double the market rate for some services.

The authors said the Department for International Development (DFID) must adopt a more “robust” approach to private contractors in future.

Unethical contractors are not the only issue eating away at aid budgets.

Auditors said in February that the UK is losing up to £300 million ($377 million) per year to foreign aid fraud and had no idea it is happening.

Some £10 billion in aid is given to foreign regimes every year. DfID estimates 0.03 percent of this is being lost.

However, the National Audit Office (NAO) believes that number is improbably low considering that some of the countries receiving the cash are rated as seriously corrupt.

While the NAO has not put a figure on the losses, it said DfID’s figures for acknowledged fraud look suspiciously low compared to those of other departments.

Despite Britain being rated one of the least corrupt regimes in the world, Her Majesty’s Revenue and Customs (HMRC) concedes that three percent of its annual budget is lost through fraud, while the Department for Work and Pensions (DWP) saw 0.07 percent disappear.