Milo Yiannopoulos and PETA are among the political forces with wildly opposing views that are now on the same team, as the ACLU defends their First Amendment claims against Washington, DC’s public transit and its advertising policy.

They’re at each other’s throats on most topics, but an abortion provider, a conservative firebrand and an animal rights advocate have banded together against alleged restrictions of their free speech rights.

On Wednesday, the American Civil Liberties Union filed a lawsuit on behalf of itself and three other plaintiffs: Carafem, People for the Ethical Treatment of Animals (PETA) and Milo Worldwide LLC, the corporate entity of Milo Yiannopoulos, against the Washington Metropolitan Area Transit Authority (WMATA) over its advertising policy.

Earlier this year, the ACLU tried to advertise a reproduction of the First Amendment of the US Constitution on the WMATA, after what they allege were denigrating statements made by President Donald Trump against journalists in the US.

The WMATA used this same argument to justify the rejection of ads from each of the three other plaintiffs, according to the ACLU.

Yiannopoulos, who has both attracted and enraged crowds nationwide with his political commentary, sought to advertise his book “Dangerous” with an ad that simply included a photo of himself with quotes such as “The ultimate troll” and “The Kanye West of Journalism,” according to the ACLU.

But the ads were removed by the WMATA after 10 days because of complaints from people who thought he specifically should not be able to advertise. The WMATA issued a complete refund for the ad and refuses to put it back up.

PETA, known for shocking and theatrical activism on behalf of animals, had their ad that showed a pig with the line “I’m ME, Not MEAT. See the Individual. Go Vegan,” banned from advertising with the WMATA. However, the WMATA’s advertising agency suggested that PETA might be able to have their ad installed if they removed the “Go Vegan” slogan from the advertisement. 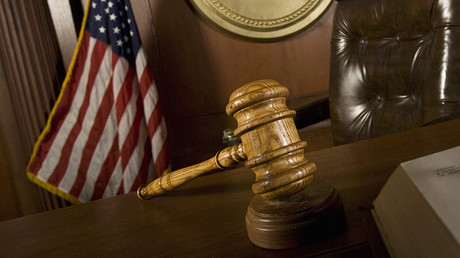 Carafem, an abortion provider in DC, tried to advertise messages that read “10-week-after pill. For abortion up to 10 weeks. $450. Fast. Private,” but the WMATA rejected it due to the fact that some people would not agree with their product, the ACLU stated.

The ACLU stated that the advertisements presented by the four plaintiffs are detested by someone or another somewhere in the world, as any human idea is, but they cite the WMATA also accepting ads from military contractors, sex apps and gambling casinos.

As the plaintiffs hold differences in opinion on many major issues outside of this case, their merger highlights the concerns of people on various sides of the political spectrum when it comes to the First Amendment.

Yiannopoulos’ inclusion may raise some eyebrows of staunch supporters of the ACLU, but the organization quickly responded to any future criticism of their lawsuit: “So, to anyone who’d be outraged to see Mr. Yiannopoulos’ advertisement – please recognize that if he comes down, so do we all. The First Amendment doesn’t, and shouldn’t, tolerate that kind of impoverishment of our public conversation. Not even in the subway.”