Seventeen GOP lawmakers have introduced a resolution accusing the Justice Department and the FBI of misconduct in investigating the 2016 Trump campaign, and calling for the appointment of special counsel.

Representative Lee Zeldin (R-New York) and 16 of his colleagues have authored the 12-page House Resolution, to be released on Tuesday. Zeldin says it details misconduct at the highest levels of the DOJ and the FBI on FISA (Foreign Intelligence Surveillance Act) abuse, how and why the Hillary Clinton email probe ended, and how the Trump/Russia collusion probe began.

Representative Lee Zeldin (R-New York) and 16 of his colleagues have authored the 12-page House Resolution, to be released on Tuesday. Zeldin says it details misconduct at the highest levels of the DOJ and the FBI on FISA (Foreign Intelligence Surveillance Act) abuse, how and why the Hillary Clinton email probe ended, and how the Trump/Russia collusion probe began. 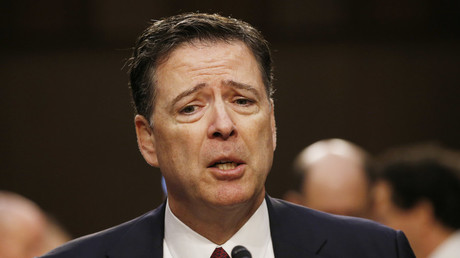 The resolution will call for the appointment of a second special counsel to investigate the misconduct.

Zeldin’s resolution comes less than a day after the Justice Department announced its request that Inspector General Michael Horowitz expand his review of the FBI’s “Russian collusion” investigation to include possible abuses of the surveillance application process and political motivation. The department has asked the IG to bring charges against any FBI personnel found guilty of criminal conduct during the Trump/Russia investigation.

“The Department has asked the Inspector General to expand the ongoing review of the FISA application process to include determining whether there was any impropriety or political motivation in how the FBI conducted its counterintelligence investigation of persons suspected of involvement with the Russian agents who interfered in the 2016 presidential election,” said a statement from DOJ spokesperson Sarah Isgur Flores.

“If anyone did infiltrate or surveil participants in a presidential campaign for inappropriate purposes, we need to know about it and take appropriate action,” Deputy Attorney General Rod Rosenstein said in a statement.

Hours beforehand, Trump took to Twitter to demand such an investigation. The President has previously accused the Obama administration of orchestrating a surveillance campaign against him in the run-up to the 2016 election. Trump claims that the FISA act was used to monitor his campaign, under the pretext of looking out for “Russian” meddling.

Trump also lashed out at former CIA Director John Brennan in a flurry of tweets Monday morning, accusing Brennan of leading an effort to frame him for colluding with Russian actors, and knowingly using the unverified and suspect contents of the infamous ‘Steele Dossier’ to kick-start the FBI’s investigation.

Last week, the New York Times and the Washington Post revealed that a secretive operation, codenamed Crossfire Hurricane, was conducted by the FBI from the summer of 2016.

As part of the operation, an agent was tasked with extracting potentially compromising information from George Papadopoulos, Sam Clovis, Carter Page and other members of the Trump campaign. Papadopoulos later pled guilty to making false statements to the FBI. Though neither paper has named the spy, the Daily Caller has identified him as veteran CIA agent and academic Stefan Halper.

Two years into the Russiagate probe, and with Special Counsel Robert Mueller still digging, no decisive evidence of collusion between the Trump camp and Russia has been found, and no individuals have been indicted on collusion or obstruction charges.

President Trump has called the FBI’s alleged use of Halper as an informant “bigger than Watergate,” and the entire investigation “the greatest Witch Hunt in American History.”

Congratulations America, we are now into the second year of the greatest Witch Hunt in American History…and there is still No Collusion and No Obstruction. The only Collusion was that done by Democrats who were unable to win an Election despite the spending of far more money!