Weary men, what reap ye?—Golden corn for the stranger.
What sow ye?— human corpses that wait for the avenger.
Fainting forms, hunger–stricken, what see you in the offing?
Stately ships to bear our food away, amid the stranger’s scoffing.
There’s a proud array of soldiers — what do they round your door?
They guard our masters’ granaries from the thin hands of the poor.
Pale mothers, wherefore weeping— would to God that we were dead;
Our children swoon before us, and we cannot give them bread.”
— “Speranza” (Jane Wilde, mother of Oscar Wilde)

Last Wednesday I attended a preview for a forthcoming Irish film, Black 47 (Director Lance Daly), about the worst year of the catastrophic Irish famine and is set in the west of Ireland in 1847.

The story centers around an Irish soldier, Feeney (James Frecheville), returning from serving the British Army in Afghanistan only to find most of his family have perished in the Famine or An Gorta Mor (the Great Hunger) as it is known in Gaelic.

The English and Irish terms for Ireland’s greatest tragedy are infused with different ideological approaches to the disaster. By emphasising the failure of the potato crop only, the impression is given that there was no food to be had on the island when the opposite was true – there were many other crops which did not fail but were not accessible to the vast majority of the people – hence, the Great Hunger. 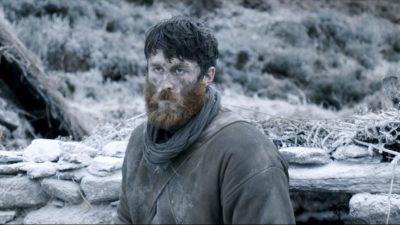