A refugee has died after being electrocuted while attempting to climb onto the roof of a Eurostar train heading to the UK from Gare du Nord station in Paris.

The unidentified man was killed on Tuesday after being struck by a bolt of electricity at Europe’s busiest railway station. 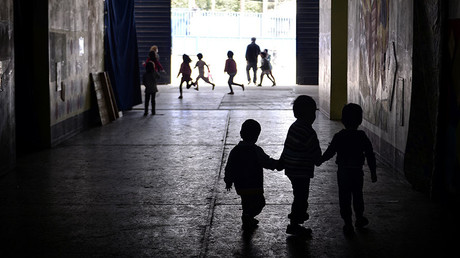 Officials told French newspaper Le Parisien that identifying the man will be “tough” due to the extent of his injuries.

“There was an incident this morning at the Gare du Nord that affected some of our services,” a spokesperson for Eurostar said.

“They are now getting back to normal.”

CCTV footage captured a man climbing over security fences surrounding the international lines at around 5:00am local time. As the man reached the roof of a train bound for London, he was killed “within seconds” by a bolt of electricity from overhead power lines.

The power lines had to be disconnected as emergency services recovered the body, causing disruptions to both national and international rail services.

It is the second time an asylum-seeker has been electrocuted at the station. Another man, thought to be a Syrian in his 20s, died there in 2015.

The incident is the latest in a spate of deaths among refugees attempting to make it through the Channel Tunnel and into the UK. Some have suffocated in the back of trucks, while others have been hit by motorists and freight trains. 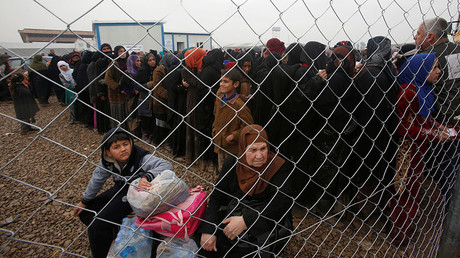 More than a thousand people, including children, have been killed while attempting to cross the Mediterranean Sea into Europe.

Eurostar deployed drones last summer with thermal imaging cameras in a bid to tackle the growing number of deaths and disruptions caused by the influx of migrants attempting to cross borders illegally. The British government also contributed to the funding of a multi-million pound wall protecting the main road to the port of Calais.

Although the so-called ‘Jungle’ camp in the French port town was dismantled by police last October, migrants and refugees are now returning to the northern coast.

An EU-Turkey deal has stemmed the number of migrants arriving in Greece from war-torn countries such as Syria, where the six-year conflict has killed hundreds of thousands and displaced many more. Many are still arriving in Italy, however, through the Mediterranean route from Libya.

The UK remains committed to former PM David Cameron’s pledge in 2015 to take in 20,000 Syrians over a five-year period, but has largely refused to resettle refugees who are already in the EU.

The government has also scaled back on the amount of child refugees it will take in from 3,000 to 350.

Last week, however, the government conceded it will let in more children as it had failed to take into account 130 free spaces in local councils.