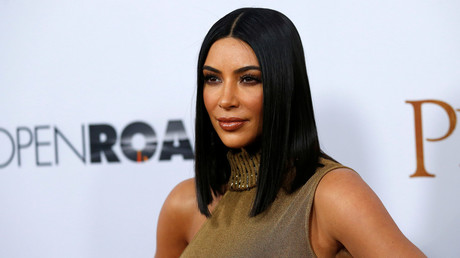 Twitter has lit up at the news that reality TV star Kim Kardashian West is expected to meet US President Donald Trump at the White House — to talk prison reform.

At a meeting planned for Wednesday, Kardashian West is expected to bring up the case of 63-year-old grandmother Alice Marie Johnson who is serving a life sentence for a first-time, non-violent drug offence.

Johnson has already been in prison for more than two decades and it is understood that Kardashian West has been speaking to Trump’s son-in-law Jared Kushner about a pardon for months.

While the case is an important one, the funny and somewhat depressing side has not been lost on Twitter, with numerous users pointing out that reality stars — of which Trump was one himself — now seem to be “running the country” and lamenting celebrity culture which “deifies” people like Kardashian West instead of real experts on important issues.

Donald Trump and Kim Kardashian are meeting at the White House today. lol
When Reality Stars run our country.. idiocracy is real. USA actually deserves this. We live in a Braindead sheep culture that worships celebrities just for being celebrities. Fame ‘trumps’ accomplishments

Deify celebrities for decades and you get Kim Kardashian meeting with President Trump about prison reform. Can we agree to stop paying attention to vapid reality TV stars yet?

Kim Kardashian will be meeting with Jared Kushner at the White House about prison reform. In other news, the world no longer needs competent or educated experts for any job anywhere. https://t.co/qKYxeRJcWr …

The White House is honestly a joke at this point.

Others joked that Kardashian was probably smarter than Trump — and since prison reform is urgently needed — their meeting might be a good thing after all.

Kim Kardashian talking to Trump about prison reform is good because she is smarter than him and we need prison reform.

Another user suggested that Kardashian and her husband Kanye West could be trying to cozy up to Trump to get back at celebrity rivals Beyonce and Jay-Z, who were frequent visitors to the White House when former President Barack Obama was in office.

Honestly, I feel like Kanye and Kim Kardashian are riding Donald Trumps wave so hard only because The Obama’s loved Beyonce and Jay so much and they were at EVERY event. Kim and Ye want to be Jay and Bey so bad! It’s obvious

There was even a suggestion that Trump had agreed to the meeting with Kardashian West to distract the public from his failure to secure a meeting with North Korean leader Kim Jong-un.

Johnson’s case was first noticed by Kardashian when she saw a video about it on social media and decided to pay for a new legal team to fight the sentence. Trump has the power to decide whether or not to pardon Johnson, but there has been no indicated yet as to what he will do.