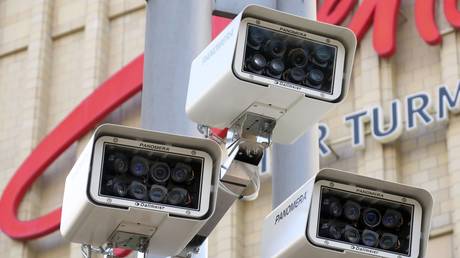 Americans are increasingly embracing Big Brother, according to a recent survey that found only one in four want restrictions on the use of facial recognition technology by governments – a marked change from two months ago.

Just one in four Americans want strict government limits on the use of biometric technology – with opposition shrinking further if such technology would help law enforcement, reduce shoplifting, or speed up security screenings at the airport, according to a national poll conducted last month by the Center for Data Innovation. Opposition to biometric surveillance decreases with age, and women are more accepting of the technology than men, the poll results show.

Half of respondents oppose restrictions on biometric tech if the scanners are used to stop shoplifting. Just three months earlier, half of Americans were still against facial recognition for theft prevention purposes, according to the Brookings Institute. Only a quarter of them would oppose retail use now.

Also on rt.com
Google wins lawsuit, can continue to use facial recognition tech on users without consent


What changed? Have Americans chosen convenience over dignity? Biometrics executives put their heads together in November to figure out how to sell biometric surveillance to the citizens, worried about numbers that revealed as many as half of Americans opposed use of the tech in the retail sector and believed law enforcement’s use of the technology should be strictly limited. But only three percent of the population were “vocally opposed,” even then – meaning everyone else could be convinced to stop worrying and love Big Brother.

Almost two-thirds of respondents support the use of biometrics when the software is right 100 percent of the time, but that number drops to 39 percent if the results are incorrect for one out of five scans. Perhaps unsurprisingly, coverage of the government’s adoption of biometric surveillance has focused on its accuracy: US Customs and Border Protection has caught 26 “imposters” in airports using the technology, and stories of Chinese authorities catching fugitives in the middle of large concerts using biometric tech paint a picture of an accurate – if dystopian – crime-fighting tool.

Also on rt.com
Get the feeling you’re being watched? It’s not your imagination!


The reality is more unsettling. The ACLU ran a test of Amazon’s Rekognition biometric software last year that found 28 false matches when comparing a database of 25,000 mugshots with photos of every member of Congress, and the error rate is even higher for non-white faces.

The FBI has been using Amazon’s Rekognition software since last year. Amazon also pitched it to Immigrations and Customs Enforcement last summer, but it’s unclear if they are using the tool yet.