The gathering of intrusive data from possible rape victims, by police, is unlawful and could prevent them from reporting the crime, London’s victims’ commissioner has stated. A complainant told RT the process is ‘violating.’

Claire Waxman, the capital’s first victims’ commissioner, stated in a letter to the Information Commissioner’s Office (ICO), that victims were being told that their cases would be dropped unless they gave police access to intimate information and personal items, reported the Guardian. 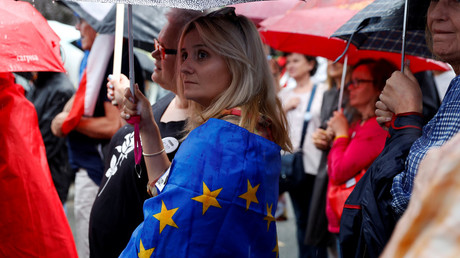 Alleged victims routinely signed consent forms that would provide defence lawyers, along with alleged attackers access to intimate details of the complainants lives, details which could then be revealed in court.

“Victims are very concerned that they are being asked for so much sensitive material – not only their phones, but also past medical history, their social services records and more,” stated Waxman, who works from the Mayor’s Office for Policing and Crime.

“Victims often don’t feel it useful, relevant or reasonable, but have to give consent to it if they want to access justice. The justice process has just lost a grip on this; on the ground it is getting worse and worse.”

London-based rape complainant, Frances (name changed to protect her identity) described to RT UK how police still have her phone ten months after she reported the alleged incident, despite them telling her they would only keep it for a “few days.” While investigating officers also requested Frances’ Facebook and Instagram passwords as well as details of her GP and therapist, both of whom treated her in the aftermath of the incident.

“It definitely feels weird the idea of the police interviewing my therapist – someone who has probably a better grasp than anyone of how bad I have felt at times, and a person whom things I tell are supposed to be confidential,” Frances said.

In the capital, police request that complainants give over access to their social media, location data, web browsing history, instant messages, emails, deleted data, images, apps, videos, audio files, contacts and MMS/SMS messages. The data can be stored for up to 100 years.

Waxman argued that women were left with little choice but to hand over their data as police told them they could not continue the investigation without their consent. New data protection laws could make the process unlawful, suggested the victims’ commissioner.

In response to Waxman’s letter and her own experiences, Frances said that “Being raped makes you feel acutely vulnerable, and imbues trust issues, and knowing that people you don’t know have access to all this personal information is really tough at times.”