Police brutality across the US is now bad enough that the federal government is finally willing to look at the statistics – if the cops don’t mind. The FBI is starting a data collection effort, based on voluntary self-reports.

Federal investigators will soon begin actively tracking police use-of-force incidents on a national level, the FBI announced in a press release Tuesday. Following 2017’s pilot version of the program, the agency now says it will begin taking reports from forces on the Local, State, tribal and federal level starting January of next year. 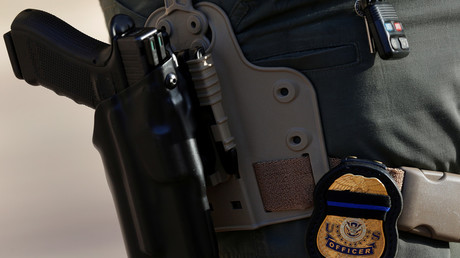 The data collected will be made publicly available twice a year, granting the public aggregate statistics on police violence from a national perspective for the first time. At present, American police departments are left to sort out their own use of force, and the government has little idea of the scale of the problem.

The inquiry will track numerous details regarding incidents where police kill, injure or fire at a suspect, including the race, gender and age of all involved. The data, however, is not intended to prove whether a specific officer’s actions were or were not legal, but rather focus on creating a generalized picture.

It will be curated by a newly established task force who say they hope to improve the tense relationship between communities and police, and highlight common trends among incidents that resulted in violence.

The FBI says that the initiative was launched in light of “a number of high-profile cases involving law enforcement use of force” over the past few years which have made the issue a matter of national concern, – which is to put it lightly.

Over 1,000 people are killed every year by police in America according to data compiled by the Guardian, making American law enforcement the most lethal in the world with no serious competitors. Instances of non-lethal force, while more difficult to track, are also at critical levels, and things don’t seem to be getting any better despite growing public awareness.

While communities fear that the effort is too little too late, police are worried they might be forced to take more responsibility for their behavior. In a video posted on the FBI’s website, police chief Gina Hawkins discusses how the initiative could end up being a bit uncomfortable for police departments and ‘leave them vulnerable’:

However, how much the police forces own up to is left up to them, considering that filing reports is completely voluntary. The FBI says that they ‘have no legal authority to mandate reporting’, essentially meaning that departments that do have something to hide will be expected to inform on themselves. The initiative can essentially be seen as an extension of the pitiful police oversight practices which already exist on local levels, where potentially criminal acts by police are self-investigated.