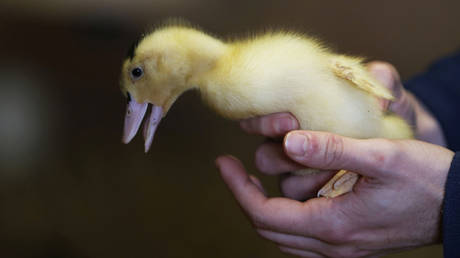 Waitrose has been accused of being “quackers” and of appeasing the “PC brigade” by social media users, after the UK supermarket was forced to apologize for naming a dark chocolate duckling in their range, “ugly.”

The offending little bird was part of an £8 ($10) trio of Easter treats, with a milk chocolate duckling called “crispy” and a white one named “fluffy.”

According to the supermarket, a “small number” of customers took offence to the dark duckling being described as “ugly,” with some saying that it was racist.

The removal of the product has led to outrage on social media. One Twitter user claimed “the world has gone f***ing mad.” Another insisted that it was not racist, alluding to the famous fairy tale “The Ugly Duckling,” arguing that duckling in that story “grows up to be the most beautiful of them all.”

I’m totally against racism but this is NOT racist esp. as in the orig story the Ugly duckling grows up to be the most beautiful of them all! The racists are not Waitrose or those using the trad labels of white, milk & dark choc, but those looking for racism where there isn’t any.

Waitrose pulls chocolate ducklings from sale after complaints of racism !!!
Nothing racist there the world has gone mad https://t.co/fsz129PpO5

However, others accused Waitrose of “insidious casual racism” and that they should of done their homework on the story of the Ugly Duckling, claiming it’s grey and not dark brown.

Waitrose should of done its homework right! The ugly duckling is NOT dark brown it’s GREY! Again advertisers / companies need to be more politically correct otherwise they will have a negative backlash! pic.twitter.com/LFrz8Vz0gr

Waitrose issued a statement insisting that they were sorry for “any upset caused” and it was not their “intention to cause any offence.” The product was removed from sale a few weeks ago and the labelling changed, adding “our ducklings are now back on sale.”