The Queen hid newspapers at Balmoral after Princess Diana died to stop her grandsons William and Harry from seeing the hysteria that swept Britain, a new documentary has revealed. 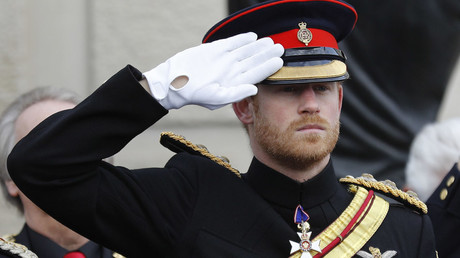 The BBC’s ‘Diana, 7 Days,’ details the week of the death of the Princess of Wales and the outpouring of grief that followed. It includes interviews with her sons and siblings, as well as former members of the royal household and ex-Prime Minister Tony Blair.

The Queen was criticized for not returning from Balmoral to London quickly enough to acknowledge the national outpouring of grief. But Prince William appears to defend her decision, saying they were kept away from public view, knowing nothing of the extraordinary response throughout the country.

“At the time, you know, my grandmother wanted to protect her two grandsons and my father as well,” William said.

“Our grandmother deliberately removed the newspapers and things like that, so there was nothing in the house at all, so we didn’t know what was going on. We had the privacy to mourn and kind of collect our thoughts and to try and have that space away from everybody.”

Prince William revealed the struggle to balance public expectation with private grief. When the Queen, bowing to public pressure, returned early to London from Balmoral, the shocked young princes found themselves performing a walkabout in a weeping crowd, being grabbed by strangers. 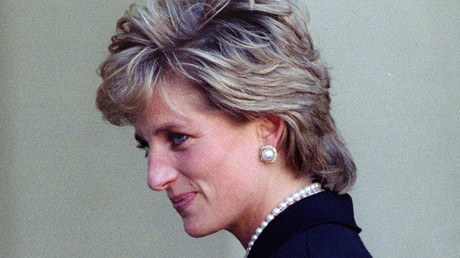 Deciding when the time was right to put on their “prince hat” and be seen to mourn in public had been “a very hard decision for my grandmother to make,” William says.

“She felt very torn between being the grandmother to William and Harry, and her Queen role. And I think she – everyone – was surprised and taken aback by the scale of what happened at the nature of how quickly it all happened.”

In the documentary, Prince Harry hits out at the paparazzi for taking pictures of his mother as she clung to life instead of helping her following the car crash in Paris.

“I think one of the hardest things to come to terms with is the fact that the people that chased her through the tunnel were the same people taking photos of her while she was dying in the backseat of the car.

“William and I know that, we’ve been told numerous times by people that know that was the case.

“She’d had a severe head injury, but she was still very much alive in the back seat. And then those photographs made their way back to news desks in this country.”

William said the tabloid press behaved like a “pack of dogs” who pursued and harassed his mother relentlessly, regularly reducing her to tears. He said they would spit on the royal and call her names to get a reaction.

The 36-year-old princess and her lover, Dodi Fayed, 42, were killed along with chauffeur Henri Paul when their Mercedes crashed in the Pont de L’Alma tunnel in Paris on August 31, 1997.

They were being pursued by paparazzi after leaving the Ritz Hotel for Fayed’s apartment.

In 2008, after hearing evidence over six months, an inquest jury returned a verdict of unlawful killing, saying Paul and the paparazzi shared the blame for the deaths of Princess Diana and her lover.