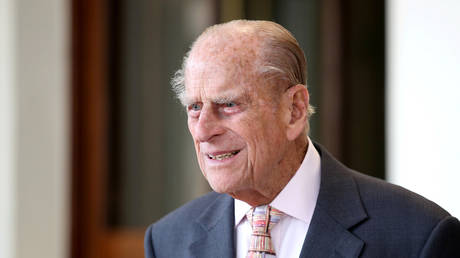 The Duke of Edinburgh, Prince Philip, has been involved in a serious car crash while driving near the Queen’s Sandringham estate.

Buckingham Palace confirmed the duke, 97, was not injured in the crash which happened on the A149 shortly before 3pm local time. He was pulling out of a driveway in his Range Rover when the incident occurred.

#BREAKING: 🇬🇧 Just Moments Ago Prince Philip has been involved in a car crash with another vehicle. The Duke of Edinburgh, 97, was not injured in the collision, which took place close to the Sandringham Estate on Thursday, Buckingham Palace said. pic.twitter.com/jltukYUCT5

According to the BBC, eyewitnesses said the car the duke was driving was overturned in the smash. He is now reportedly back at Sandringham and was seen by a doctor as a precaution.

A photo taken at the scene of the crash and shared by local radio station KLFM967 shows a police presence along with a black Range Rover on its side and a saloon vehicle in a nearby ditch.

The eyewitnesses said they helped Prince Philip out of the vehicle, and while he was conscious he was “very, very shocked.” Two people in the other vehicle were treated for minor injuries, according to Norfolk police.


The duke retired from public duties in August, 2017 and has been rarely seen since, apart from two royal weddings in 2018. After he failed to make an appearance at the family’s traditional Christmas Day church service, the palace confirmed he is in “perfectly good health” but was simply “spending the day privately.”